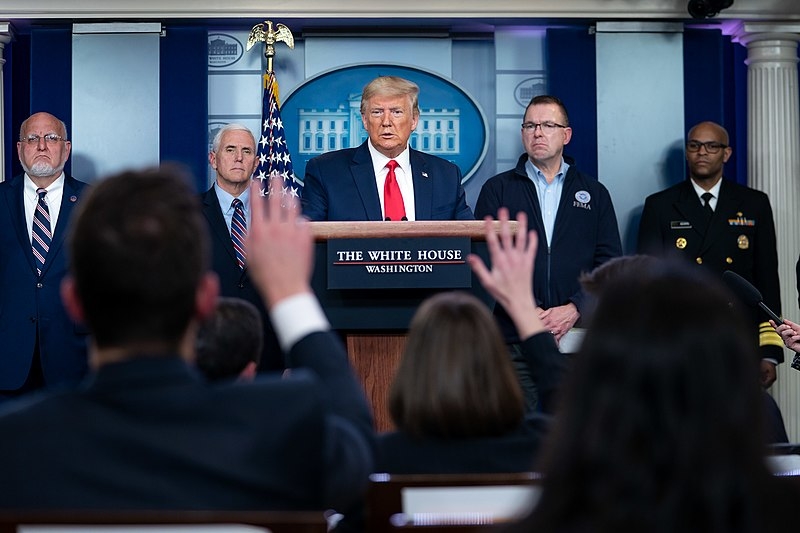 The coronavirus proved itself as one of the biggest challenges in the Trump administration, with many criticizing their efforts left and right. President Donald Trump recently attacked Illinois governor JB Pritzker for bringing up the shortage of supplies, and netizens were not happy.

Trump was under fire following his Twitter rant, targeting Pritzker and the media, after Pritzker revealed that the state is lacking in supplies and the federal government is supposedly to blame. “@(JB Pritzker), Governor of Illinois, and a very small group of certain other Governors, together with Fake News CNN & Concast (MSDNC), shouldn’t be blaming the Federal Government for their own shortcomings. We are there to back you up should you fail, and always will be!” tweeted Trump.

Pritzker previously revealed that he along with other governors have been competing to obtain supplies and personal protection equipment to prevent the coronavirus. Pritzker also said that this should have been coordinated by the federal government as well as the National Defense Association.

The President received backlash following his Twitter rant, with some telling him to resign. One user suggested that Trump engage with Pritzker and personally ask him what they need assistance with in order to help those in Illinois. Another user commented that Trump may not have anything better to do than to watch tv and tweet, and called for his resignation.

Politico reports that the DNC will still move forward with the Democratic National Convention in July despite concerns of the pandemic and skepticism coming from fellow party members. This announcement follows news of the DNC coming up with backup plans in case the convention is to be affected by the pandemic. According to DNC communications director Xochitl Hinojosa, “There are no plans to cancel the convention and we are not considering a rules change at this time. Contingency planning is a routine part of preparations for any convention.”

This also comes at a time when Dick Pound of the International Olympic Committee announced that the 2020 Olympics that will be held in Tokyo, Japan, was to be postponed until a later date.

The Democratic National Convention in July will see the ultimate nominee from the party who will be running against President Donald Trump in the November elections. As of now, former vice president Joe Biden is becoming the presumptive nominee of the party due to his lead against Vermont Senator and the only other candidate remaining in the race, Bernie Sanders.