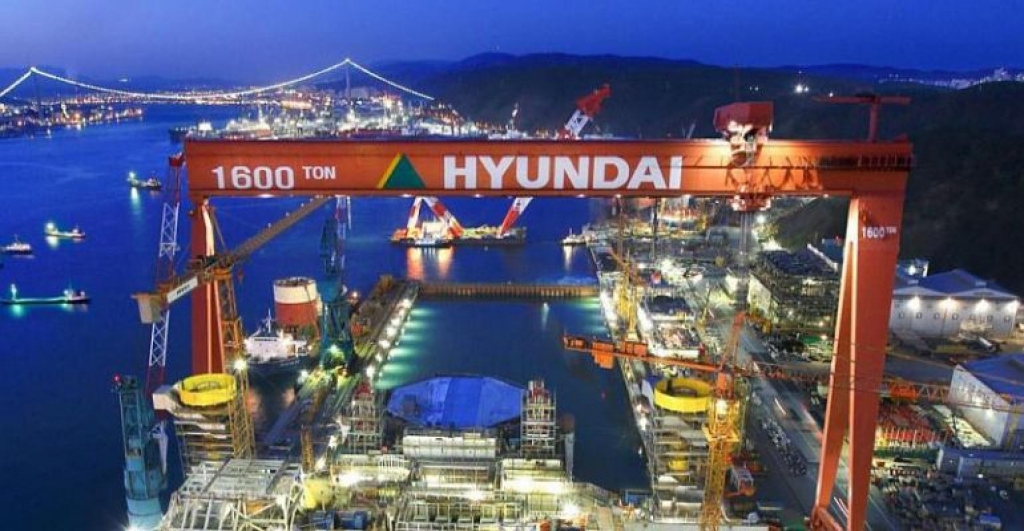 Among the nine entities that signed the deal with HHI, the world's No.1 shipbuilder, was the state-run Korea National Oil Corp.

Hyundai Heavy Industries (HHI) signed a deal with nine entities to build a 100-megawatt plant to produce hydrogen from seawater using electric power generated in a floating offshore wind farm in the East Sea by 2025 and operate a 1.2-gigawatt green hydrogen plant.

Among the nine entities that signed the deal with HHI, the world's No.1 shipbuilder, was the state-run Korea National Oil Corp.

Under the plan, HHI will establish a new unit that handles the production of hydrogen and its uses on land and sea by 2030.