Donald Trump mocked by netizens over criticism of windmills 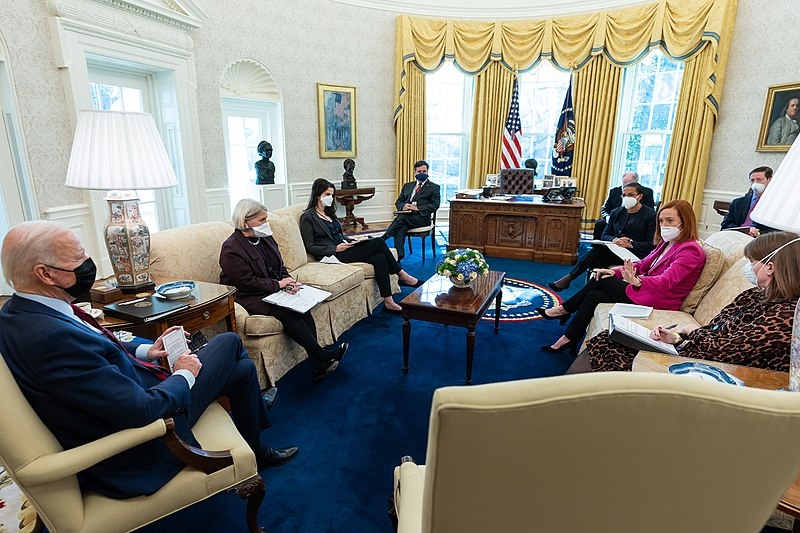 With over 200 million doses of the COVID-19 vaccines already administered, many are now urging US President Joe Biden to provide help to other countries. House Democrats are now urging Biden to waive the vaccine patents made in the Trump administration to allow developing countries to produce their vaccines.

A majority of Democrats in Congress have written a letter to Biden urging him to temporarily waive patents and other intellectual property protections on the vaccines to allow developing countries to manufacture their COVID-19 vaccines. The letter was drafted by Democratic Representatives Jan Schakowsky, Rosa DeLauro, and Earl Blumenauer with the support of 107 Democratic members of Congress.

They cited that Biden now has an opportunity to save lives and restore the image of the United States to the rest of the world. Further backing up the call for a temporary waiver was nine Democratic Senators, including Joe Manchin, who has expressed openness on a patent waiver. Progressive activist Ady Barkan also released a video calling on Biden to make good on another promise he made during his campaign.

“Your Administration has an incredible opportunity to reverse the damage done by the Trump Administration to our nation’s global reputation and restore America’s public health leadership on the world stage,” said the Reps. in the letter. “To bring the pandemic to its quickest end and save the lives of Americans and people around the world, we ask that you reverse the Trump position and announce US support for the WTO waiver.”

At the same time, Biden said this week that the US is already helping India in its fight against the second wave of COVID-19 cases by sending material and machine parts. At this time, six air shipments funded by USAID have already left the US for India, including health supplies, oxygen cylinders, medicines, and N95 masks.