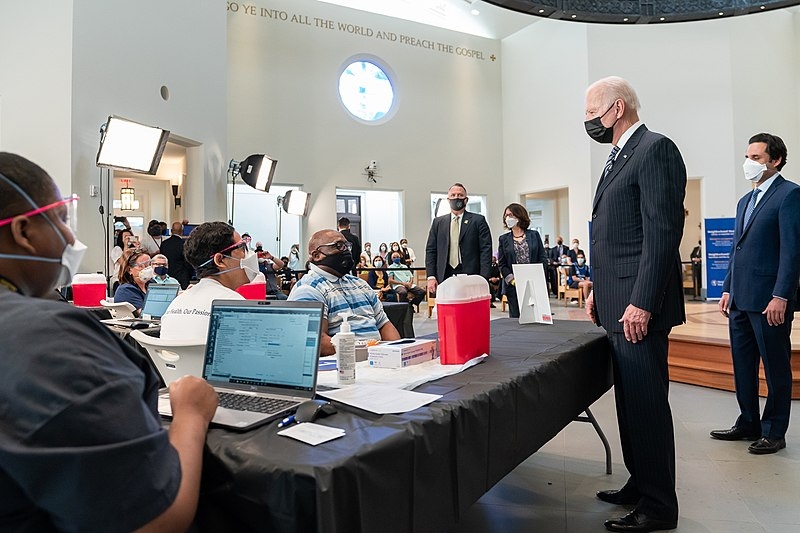 With the US as one of the leading countries in COVID-19 vaccinations, many are now hoping that other countries experiencing problems in the pandemic may be assisted. Biden recently supported the proposal of temporarily waiving the intellectual property rights off the COVID-19 vaccines in order to make it accessible everywhere else.

Last week, Biden announced his support of a World Trade Organization proposal that would temporarily waive the intellectual property rights of the COVID-19 vaccines. This comes as Biden was under pressure from members of the Democratic party and other countries. US Trade Representative Katherine Tai released a statement showing the administration’s support for the temporary waiver.

The proposal by India and South Africa for the temporary waiver says the property rights like patents, industrial designs, copyrights, and protection of undisclosed information becomes a hindrance to the accessibility of affordable vaccines and medicines that are important in battling COVID-19. Those who supported the waiver say that the waiver should last for an undetermined time period, including an annual review, until it is terminated. They have also called for an unhindered global sharing of skills and technology necessary.

“This is a monumental moment in the fight against #COVID19. The commitment by @POTUS Joe Biden & @USTradeRep @AmbassadorTai to support the waiver of IP protections on vaccines is a powerful example of (US) leadership to address global health challenges,” tweeted Ghebreysus.

In other news, Biden is set to join the upcoming virtual eastern European NATO summit Monday as announced by Romanian President Klaus Iohannis. The summit would focus on the situation in Ukraine as well as the Black Sea region of the continent. The upcoming conference would be hosted by Iohannis and Polish President Andrzej Duda.

“Glad to welcome Joe Biden to the Bucharest9 Summit which I host in Bucharest today,” tweeted Iohannis. “Together with President Andrzej Duda we’ll also welcome B9 HoS & Jens Stoltenberg in preparation of NATO Summit, focusing on Transatlantic ties, NATO 2030, defence, and deterrence on the eastern flank.”