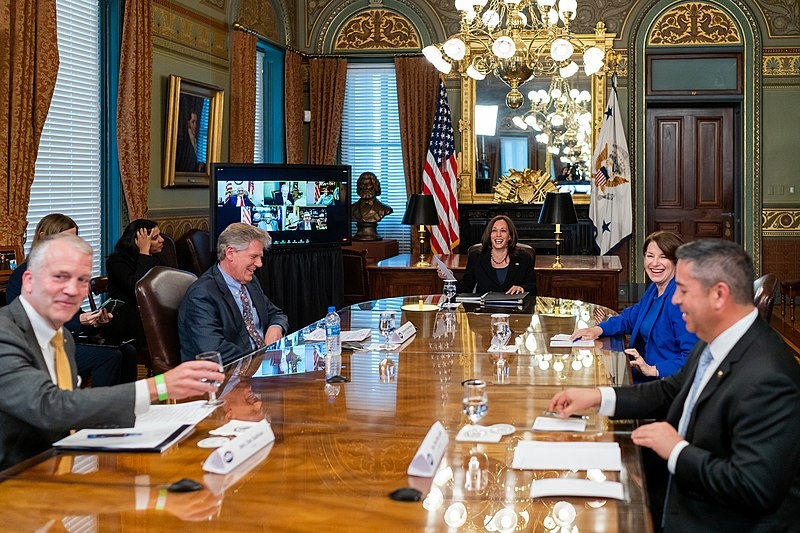 US Vice President Kamala Harris is leading the Biden administration’s efforts to protect voting rights, as Republicans in state legislatures are looking to pass restrictive election rules. Harris’s office said that the vice president has already been speaking to Republican Senators regarding certain pieces of legislation.

During a phone-in interview on CBS News, Harris said that the issue of voting rights is non-partisan and should be approached as such, noting that there is no distinct line between who she speaks with regarding the legislation. Two proposals seeking to make election reforms and expand voter access are currently in limbo at the Senate.

Harris’s office later clarified that she had spoken to Murkowski regarding infrastructure. This was also confirmed by Murkowski’s spokesperson. While Murkowski has opposed S1, she co-sponsored the John Lewis Voting Rights Act that would restore a part of the act that was repealed by the Supreme Court. The proposal also faces Republican opposition as well.

This follows US President Joe Biden’s criticism of GOP attacks on voting rights in a speech last week in Philadelphia. During his remarks, Biden called the proposals a “21st century Jim Crow assault.”

Meanwhile, in Harris’s home state of California, Democratic Governor Gavin Newsom is facing a looming recall election. This comes as Democrats are working towards keeping Newsom as governor, while Republicans are looking to oust Newsom from his position. Harris was pressed by the San Francisco Chronicle on whether she would help Newsom in his campaign.

Leaving the Capitol Wednesday, Harris, who was previously the state’s attorney general, San Francisco district attorney, senator, and is a longtime ally of Newsom, said yes. However, it remains to be seen how she plans on helping Newsom stay as the state’s elected governor.