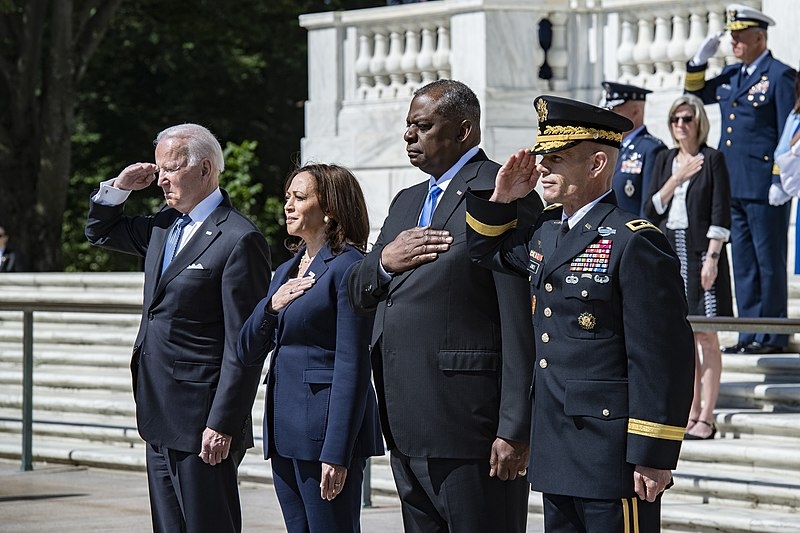 The weekend marked one year since the passing of Georgia Congressman and civil rights leader John Lewis. US President Joe Biden and Vice President Kamala Harris honored Lewis’ death by calling on Congress to pass the voting rights bills in light of recent GOP proposals.

Biden released a statement honoring the one-year-anniversary of Lewis’ death, recalling the last conversation he had with the civil rights icon along with his wife, first lady Dr. Jill Biden. Lewis passed away at 80 years old after a battle with advanced pancreatic cancer. The Georgia Congressman was the last of the Big Six civil rights activists led by Dr. Martin Luther King Jr. during the civil rights movement of the 1960s.

Lewis was best known for leading around 600 protesters across the Edmund Pettus Bridge in Selma, Alabama, in an event known as Bloody Sunday. Alabama State Troopers beat Lewis and the protesters who were marching for voting rights. Nashville, Tennessee, also commemorated the death of Lewis over the weekend and renamed a portion of 5th avenue to Rep. John Lewis Way.

In Harris’ statement, she said that Lewis was an “American hero.” Both urged Congress to pass the proposals aimed at ensuring voter rights and protections as well as expanding voter access. The proposals come in light of dozens of Republican-drafted bills in state legislatures looking to make reforms that are criticized as efforts to make voting less accessible rather than more. The proposals would disproportionately affect people and communities of color.

“Congressman Lewis fought tirelessly for our country’s highest ideals: freedom and justice for all, and for the right of every American to make their voice heard at the ballot box,” said Harris in the statement.

Harris was previously appointed to lead the Biden administration’s efforts to protect voting rights. Recently, White House Press Secretary Jen Psaki announced that Harris tested negative for COVID-19, following her meeting with Texas state House Democratic lawmakers, three of whom were revealed to test positive. An official from Harris’ office said the testing occurred before she went to her doctor’s appointment in Walter Reed and not because of her meeting with the legislators.

Premier League may partner with crypto platform to sell NFTs