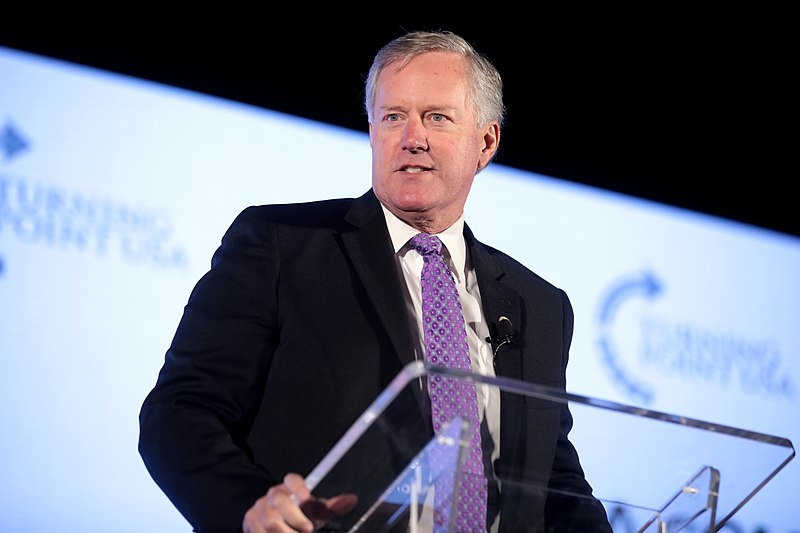 The congressional committee investigating the January 6 Capitol insurrection is steadily making more and more progress into piecing together the events that took place. Another development to the panel’s probe is that they received testimony from former White House chief of staff Mark Meadows’ top aide Ben Williamson.

People familiar with the matter told CNN that Meadows’ top aide, Ben Williamson met with the congressional committee Tuesday. Williamson was in the west wing of the White House when the insurrection was taking place. According to one source, Williamson’s meeting with the committee was done virtually and lasted six to seven hours.

Williamson’s testimony comes as he was subpoenaed by the committee back in November. The subpoena on Williamson cited that he was contacted by former Trump administration official Alyssa Farah Griffin in the midst of the insurrection. Farah Griffin urged Williamson and Meadows to have now-former President Donald Trump issued a statement condemning the violence that ensued.

A text message conversation with Williamson is also cited in the letter requesting information from former first daughter and White House adviser Ivanka Trump. The subpoena also said that Williamson may be able to provide information on Meadows’ communications with election officials in Georgia as well as the organizers of the January 6 “Stop the Steal” rally, the DOJ officials with whom the theory of voter fraud was brought up, and other federal officials Meadows may have contacted during the insurrection.

Williamson’s cooperation with the panel is significant, as Meadows is facing criminal contempt charges for refusing to cooperate with the committee. Meadows initially complied with the panel’s requests, only to walk back on his cooperation later on, likely under the instruction of former Trump.

Other Trump officials have sought to fight the subpoenas made on them or on their phone records by filing lawsuits. Among them is former Trump aide Sebastian Gorka, who filed a lawsuit against the committee to block the subpoena for his phone records. However, according to Kyle Cheney of Politico, Gorka’s lawsuit is already rife with several errors.

Cheney cited that Gorka accidentally posted his personal phone number in the public docket and “had to scramble to rescind it.”