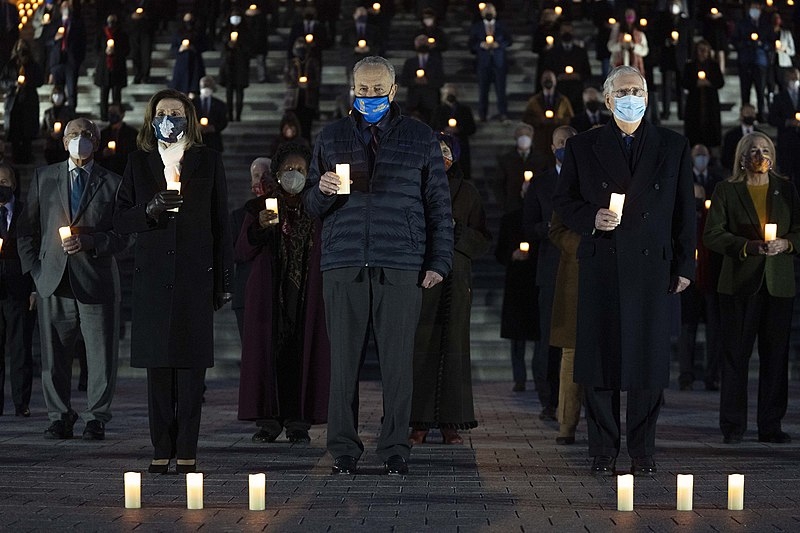 In a book by USA Today journalist Susan Page, “Madam Speaker: Nancy Pelosi and the Lessons of Power,” Pelosi blasted the Senate Minority Leader, expressing her frustration towards the Republican lawmaker for refusing to allow the late Ruth Bader Ginsburg to lie in state at the Capitol Rotunda.

“Mitch McConnell is not a force for good in our country,” said Pelosi. “He is an enabler of some of the worst stuff, and an instigator of some of it on his own.”

Pelosi recalled that McConnell refused to allow Ginsburg to lie in state at the Capitol Rotunda, citing that there was no precedent for a justice to receive that treatment, wrote Page. McConnell apparently went on to cite William Howard Taft’s lying in state back in 1930, noting that Taft was also a president aside from a justice. The Republican lawmaker was also not convinced that Ginsburg had become an icon of American culture.

The House Speaker, Page wrote, also told her separately that she refers to McConnell as “Moscow Mitch” as it “gets under his skin.” McConnell received the nickname back in 2019 following his decision to block requests from Democratic Senators to pass bills that sought to strengthen the US’ election infrastructure. This was in light of the allegations of Russian interference back in the 2016 elections.

In other news, Pelosi has expressed opposition towards the call of expanding the Supreme Court through the passing of legislation. The House Speaker explained that while the option is not ruled out completely, she does not think it is necessary to bring it to the House floor. Pelosi’s comments come as Democratic members of Congress are set to unveil their proposal in adding four more seats to the nine-membered high court.

However, Pelosi has said she supports Joe Biden’s decision to have an independent commission study possible reforms on the country’s highest court. Pelosi added that Democrats are focused on the passage of Biden’s $2 trillion infrastructure bill.