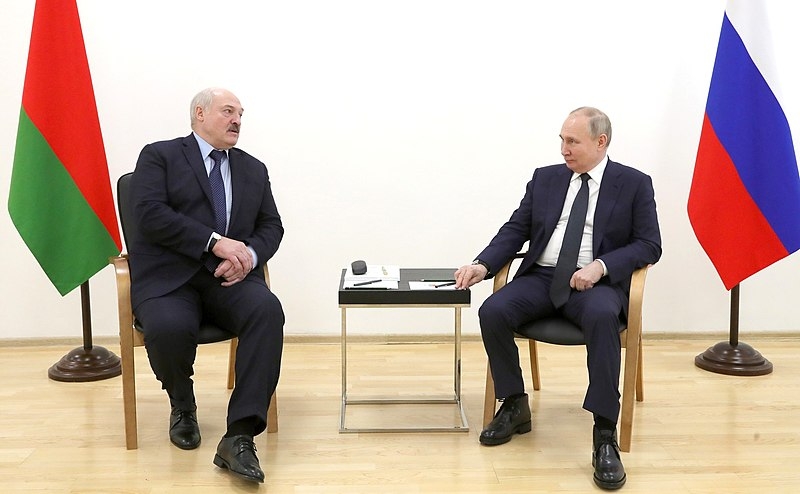 Belarus, which is allied with Russia, was also sanctioned by the West as punishment for the war Moscow had been waging on Ukraine for three months since the invasion was made in February. Belarusian President Alexander Lukashenko recently accused Poland and the NATO alliance of trying to break Ukraine up.

In a televised meeting with Russian President Vladimir Putin, Lukashenko accused Poland and NATO of trying to take control of parts of Ukraine. Lukashenko did not give any evidence for his claims.

“What worries us is that they are ready, the Poles and NATO, to come out, to help take Western Ukraine like it was before 1939,” said Lukashenko. The Belarusian leader added that Kyiv would inevitably ask for help to prevent its western territory from getting seized.

This follows Moscow’s previous assertion that Poland is looking to take control over historical Polish lands in Ukraine. Warsaw dismissed the claims as disinformation.

Poland is one of Ukraine’s strongest supporters and has sent Kyiv weapons across the border the two countries share and taking in over three million refugees.

Back in March, Belarus said it was not taking part in the “special operation” Russia was carrying out in Ukraine but became an entry point for thousands of Russian forces across the border back in February.

More weapons are expected to be transported to Ukraine from other countries in its continued resistance to Russian forces. Reuters reports that Denmark’s pledge to send Harpoon anti-ship missiles and a launcher to Ukraine announced by the US Monday is the first indication of Kyiv receiving US-made weapons that extend its striking range.

The Harpoons, manufactured by Boeing, Co., will be used to drive out the Russian Navy from the Black Sea ports of Ukraine, which could allow the grain and other agricultural products to resume exports.

US Defense Secretary Lloyd Austin said he was “grateful to Denmark” for its announcement of providing a Harpoon launcher and missiles to assist Ukraine.

With the Harpoon missiles, Ukraine will likely rely on other countries for targeting data to be able to use the systems effectively against ships at longer ranges, according to Missile Defense Project director and Center for Strategic and International Studies senior fellow Tom Karako.