Russia-Ukraine conflict: US DOJ Attorney General says seized Russian funds should be given to Ukraine 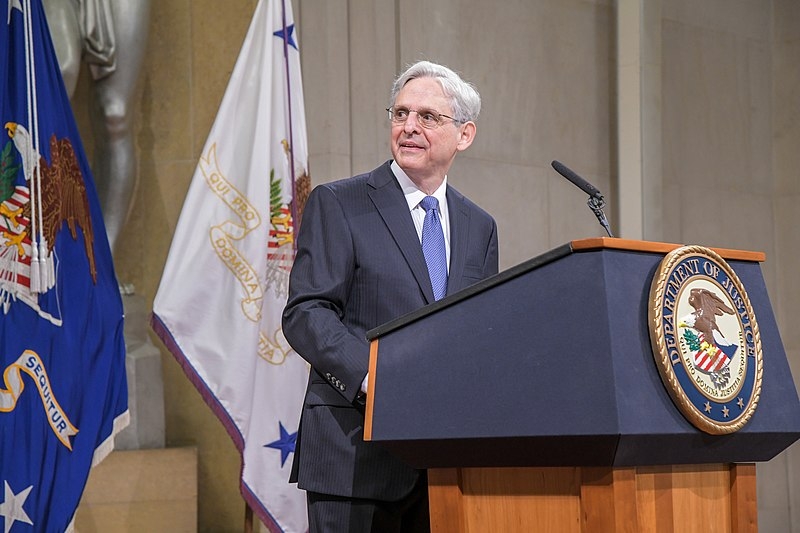 US Department of Justice / Wikimedia Commons

Countries have moved to sanction Russia following its continuing assault on Ukraine, seizing the assets of Russia’s oligarchs and their families. US Justice Department Attorney General Merrick Garland said that the seized funds from Russia should be given to help Ukraine.

During a Senate hearing surrounding the Justice Department’s budget Tuesday, Garland said the seized Russian funds should go to Ukraine, supporting the efforts by lawmakers to allow the assets seized by the US government to go to Ukraine. To note, the ongoing conflict has brought on a rare moment of bipartisan support amongst lawmakers in the divided US Congress.

“The first thing we have to do is to freeze the assets…But we would support legislation that would allow some of that money to go directly to Ukraine,” Garland told the Senate committee, after being pressed on how the Justice Department intends to handle the seized Russian assets.

Early this month, lawmakers opposed a bill that would allow the White House to liquidate the seized funds from Russian oligarchs and send the proceeds to Ukraine. The notion was scrapped as the American Civil Liberties Union said it would likely violate the constitutional due-process protections as there is no mechanism for oligarchs to challenge the administration’s actions in the courts, according to the Washington Post.

The legislation would allow the federal government to confiscate properties worth over $5 million from sanctioned Russians to be sold for cash and transferred to Ukraine.

Meanwhile, French President Emmanuel Macron, who recently won his re-election bid, is expected to take a tougher stance on Russia regarding its unprovoked attack on Ukraine, according to analysts. Macron regularly spoke to his counterparts on both sides in the lead-up to the country’s elections rather than campaigning.

Royal United Services Institute Fellow Samuel Ramani told Al Jazeera that he expects Macron to turn his rhetoric into action while doubling down on diplomacy. Ramani also said Macron will also “build on recent heavy artillery transfers to Ukraine and the 100 million euros in arms sent in the first two months of the war.”

Now that Macron is no longer pressured by the election, Ramani said that the French leader may have more time to engage with Vladimir Putin while strengthening his policy against Russia.