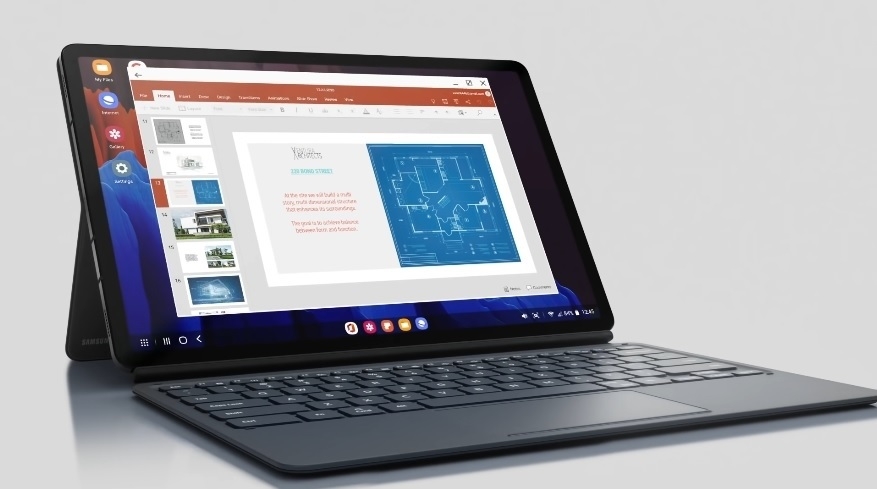 The display notch may have been removed from many smartphones over the last two years, but it is certainly making a comeback in other devices. And it appears that an all-new Galaxy Tab S8 model is yet another product where the notch will return.

Prolific leaker Evan Blass is the latest reliable source to attest to earlier reports that a new “Galaxy Tab S8 Ultra” is in the pipeline. He shared new leaked renders for the Galaxy Tab S8, Galaxy Tab S8+, and Galaxy Tab S8 Ultra on Monday. Just like previously reported by OnLeaks and Ice Universe, the Ultra model has a notch.

The new leak from Blass also corroborates the information from Ice Universe that the notch was more of a necessity because the Galaxy Tab S8 will have two front-facing sensors. Samsung fans are welcome to take leaks with a pinch of salt, but those three sources are some of the leakers with the best track records out there. So it may be a safe bet that the new Galaxy Tab S8 Ultra is likely launching with a notch on the side of the display.

On the bright side, the Galaxy Tab S8 Ultra’s notch, as seen in the latest leak, does not seem to be as obstructive as other implementations of this design element. Going by the renders from the same source, the Ultra also has noticeably thinner bezels than the Galaxy Tab S8 and Galaxy Tab S8+. So the notch on a tablet display, albeit unusual, may not be as bad as tech fans previously thought.

Meanwhile, Ice Universe has previously provided a few details about the Galaxy Tab S8 Ultra’s front-facing cameras. The leaker said they are ultra-wide angle lenses that can capture videos in 4K resolution and at 60 frames per second.

Earlier leaked technical specifications also suggest that the Galaxy Tab S8 Ultra will have a 14.6-inch display, while its reported dimensions are 325.8 x 207.9 x 5.4mm. A much earlier report from FronTron claimed the high-end Galaxy S tablet would have a 12000mAh battery with support for 45W fast charging.

The release window of the Galaxy Tab S8 series is still unknown. But given that there was no flagship Galaxy S tablet refresh this year, the new tablets are likely to be announced sometime in 2022.