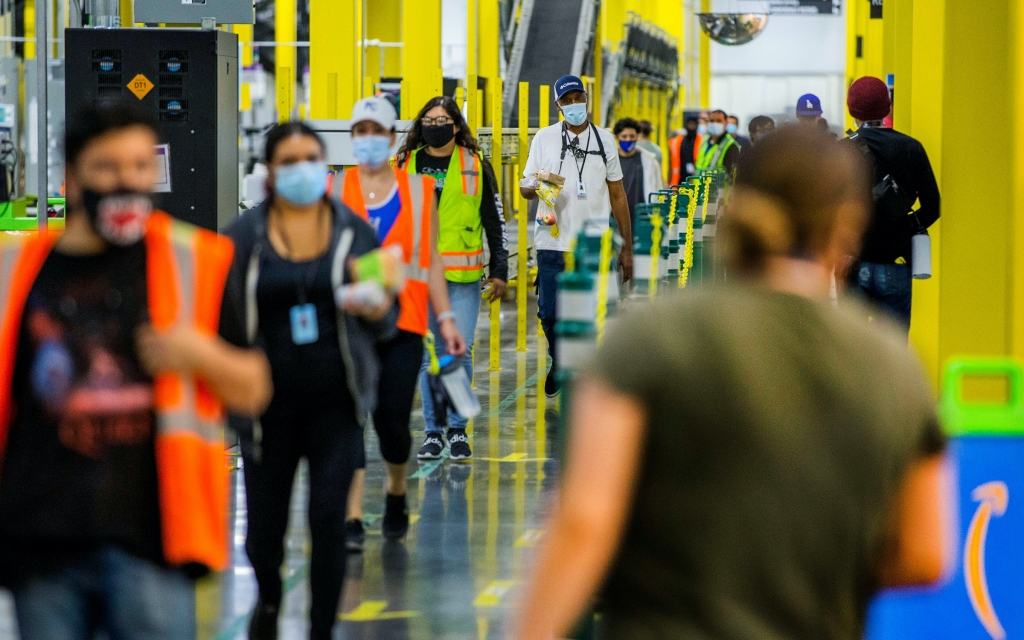 The lawsuit said that under Colorado law, workers must be paid when they are required to be on their employer's premises.

According to Jennifer Vincenzetti, who filed a proposed class action in Colorado federal court on Tuesday claiming the company made workers wait in long lines to answer questions and have their temperatures checked.

The proposed class suit, which represents 10,000 employees at five Colorado warehouses, alleges that beginning in March 2020 Amazon required employees to arrive early, wait in lines outside the facilities, and answer questions, and have their temperature checked upon entry.

The process generally took 20 to 60 minutes.

The lawsuit said that under Colorado law, workers must be paid when they are required to be on their employer's premises.

In a similar lawsuit in California federal court, Seattle-based Amazon argued that because the process primarily benefits workers, the time spent was not compensable under federal wage law.

Walmart raised the same defense in a proposed class action in Arizona federal court for its failure to pay employees for time spent in COVID screenings.