Banksy in Ukraine: how his defiant new works offer hope 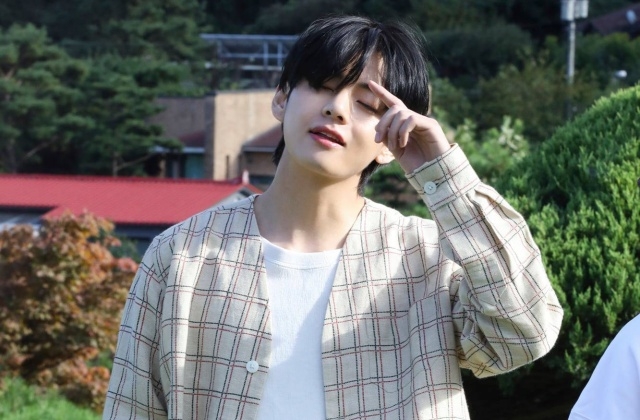 BTS V just made Jin feel extra special and appreciated when he arranged for his close friends to greet his co-member who said not many people sent him personal greetings. Jin turned 28 on Dec. 4 and he made sure to celebrate his day with the ARMYs.

He hosted a V Live to mark his day with the fans and let them know how he celebrated his day. Many were surprised when he said he got a video message from Park Seo Joon who is well-known to be very close to BTS V.

It turned out that Kim Taehyung wants Jin to feel really appreciated so he asked his friends to greet Jin by sending video greetings. Aside from the “Itaewon Class” star, it was said that some six other close friends of BTS V have sent personal videos for his birthday.

Jin admitted that BTS V’s move really touched him so he is grateful. BTS is very busy with practices so there is very little time to celebrate but Jin was able to feel loved and happy, thanks to the members and Taehyung’s gesture. In any case, to mark his day, Jin also released “Abyss.”

"Our Taehyung is so incredibly kind. Last night, work ended up late, so I was really tired and needed to sleep,” Allkpop quoted Jin as saying. “Just in case though, I stayed up until 1 in the morning because I thought people might send me birthday wishes but I didn't get a lot of messages, which made me really sad.”

He went on to narrate, "Right before I went to bed I told the other BTS members, 'Wow, I waited until 1 in the morning, but no one sent me any messages. Taehyung contacted his friends and told them that he would appreciate it if they could film a short video message wishing me a happy birthday."

Meanwhile, BTS V and the rest of the band members attended the MAMA awards and the group took home most of the major awards including Artist of the Year and Song of the Year awards for “Dynamite.” BTS also performed and as expected, their performance stood out.

The members gratefully accepted the awards without Suga is still recovering from his surgery. Finally, RM gave the acceptance speech as they won the Daesung for the fourth consecutive years.