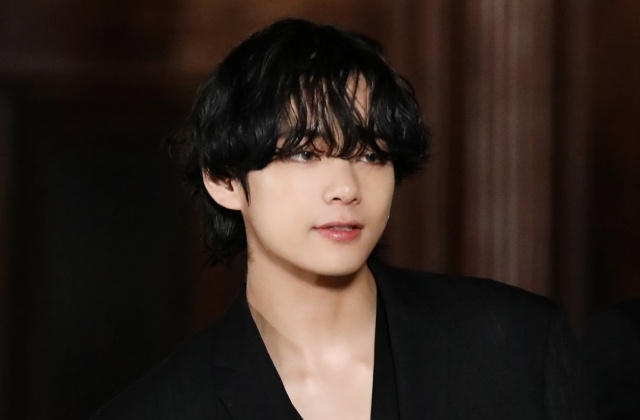 BTS V and the rest of the Bangtan Boys recently participated in a photo shoot for the cover of Variety, an American entertainment media outlet. Big Hit Entertainment shared the photos on social media and the fans are losing it over the 25-year-old’s good looks.

On Oct. 7, the agency shared BTS V’s photos and they were simply captioned “VCut.” It now has over two million likes and has been retweeted more than 700,000 times. Comments are also pouring in and everyone is just going crazy over Kim Taehyung’s photos.

Allkpop noted that BTS V’s pics truly proved that he is the “National Treasure of South Korea.” He is also known as one of the most handsome men in the world and this was acknowledged by various surveys and agencies that rank celebrities’ looks.

Of course, it was not just Taehyung who participated in the shoot for the Variety cover. The rest of the BTS band that include RM, Jungkook, Jin, Jimin, J-Hope and Suga were also there and had their solo pics as well.

Apart from the photo sessions, BTS V and his bandmates were also interviewed and one of the topics was the Black Lives Matter movement. They were asked why they decided to donate and support the group.

"When we're abroad or in other situations, we've also been subjected to prejudice,” CTV News quoted Jin as saying. “We feel that prejudice should not be tolerated; it really has no place.”

"It was a decision we thought about very carefully,” RM added. “What could we do, as part of our overall message of speaking out against prejudice and violence? We discussed it very carefully with the company and that's how this came about."

Meanwhile, BTS V is celebrating his 25th birthday in December and his fans have already started preparing for this occasion. They have many plans that include special events and of course, charity works on behalf of Kim Taehyung.

As of this time, BTS V’s fan clubs have already collected more than a million-dollar and they promised to use the money for a good cause just like they always have. His China-based fandom alone called VBar has collected USD$144,552 in just 1 minute and this has tripled over time as shared in a tweet in August.