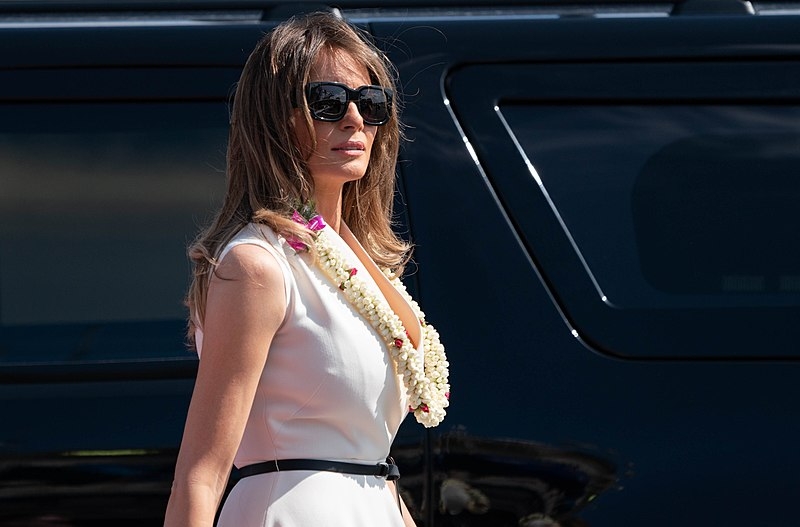 Donald Trump will be formally accepting the Republican party nomination as he faces reelection against former vice president Joe Biden. First lady Melania Trump is also set to address the party, and her speech may be taking place right at the grounds of the White House.

CNN reports that according to people knowledgeable about the matter, Melania may be delivering her Republican National Convention speech from the White House Rose Garden which was recently undergoing renovations to improve the look and better equip the space for broadcasts. As she is also currently in the midst of preparing her speech to the Republican party in the Trumps’ home in Bedminster, New Jersey, some also hope that she would put the same attention to detail in her speech as she has done with the Rose Garden.

Melania experienced a speech mishap during the 2016 elections, with many pointing out that her speech was a copy of former first lady Michelle Obama’s DNC speech back in 2008. The first lady’s chief of staff Stephanie Grisham said, “I don’t want to get ahead of the first lady, but details are in the works.”

With Melania’s husband Donald Trump continuously touting his claims about mail-in voting on social media, it does not come as much of a surprise that the platforms are now doubling down on efforts to prevent misinformation. Twitter, Trump’s most used social media platform, has revealed to Politico that they plan on exploring ways to expand its policies against misinformation onto the subject of mail-in voting.

This would include a wider variety of posts even those that are a generalized mischaracterization. Twitter will also focus on getting more Americans registered to vote for the mail-in and early voting.

“Twitter is working hard to increase informed participation in democratic processes around the world. Ahead of the 2020 US Election, we’re focused on empowering every eligible person to register and vote through partnerships, tools, and new policies that emphasize accurate information about all available options to vote, including by mail and early voting,” said Jessica Herrera-Flanigan, Twitter’s vice president of public policy for the Americas.