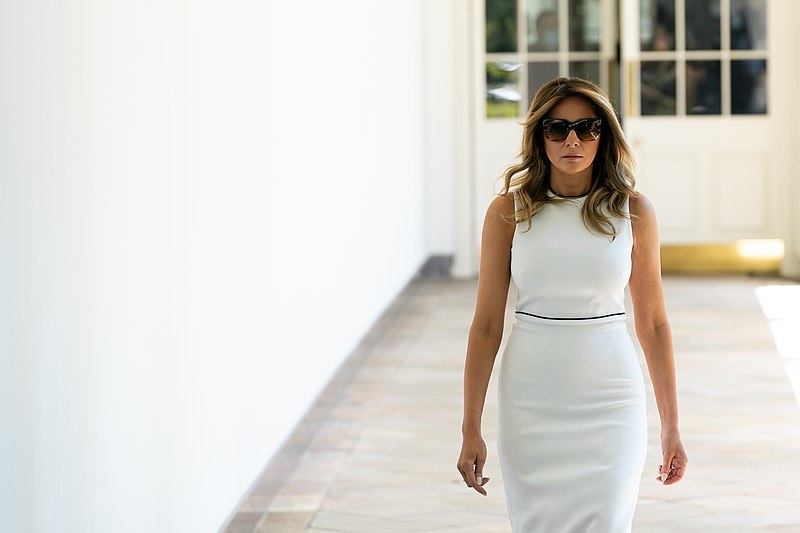 Much has been speculated about first lady Melania Trump due to her very private nature. However, the new book about the first lady, The Art of Her Deal, reveals that she actually has a lot more power especially over her husband, Donald Trump.

Express reports that the book, written by Washington Post reporter Mary Jordan, is based on interviews with 100 people. Speaking to Andrew Marr at the BBC, Jordan revealed that Mrs. Trump holds a lot more power and influence in the White House and even in her marriage than people believe. Jordan cited the instance of Melania not moving to the White House right away after the inauguration in order to negotiate a better prenuptial deal with her husband as one of those examples of the first lady’s influence over the president.

When asked if the president was afraid of his wife, Jordan responded that she does have an influence over him. “She is the only person standing beside him when he spoke with Putin at length in Helsinki. There wasn’t even an American translator present. She has been in the room for things when nobody else was there.”

The book also notes one particular moment that occurs every day at the residential part of the White House with Donald, Melania, their son Barron Trump, and Melania’s parents. Jordan shared that the first lady, Barron, and her parents will all speak Slovenian, and Donald Trump will walk by and “mutter how it is making him crazy” that his wife, son, and in-laws are speaking in another language.

Meanwhile, Melania celebrated the fourth of July over the weekend at Mount Rushmore with her husband. During the event, the first lady was seen wearing a white Alexander McQueen dress which was a collaboration between Alexander McQueen and art students, and the designs on the dress were inspired by life drawings that were hand-stitched onto the gown.

However, users on social media ridiculed the first lady’s outfit, the majority of which were saying that it looked like Donald Trump had drawn over the fabric with a permanent marker. “Donald Trump got bored and drew all over Melania’s dress with a sharpie on Air Force One,” said one user.