Samsung Galaxy foldable phone loses ‘Z’ brand in some European countries, and it could be related to the Russia-Ukraine war 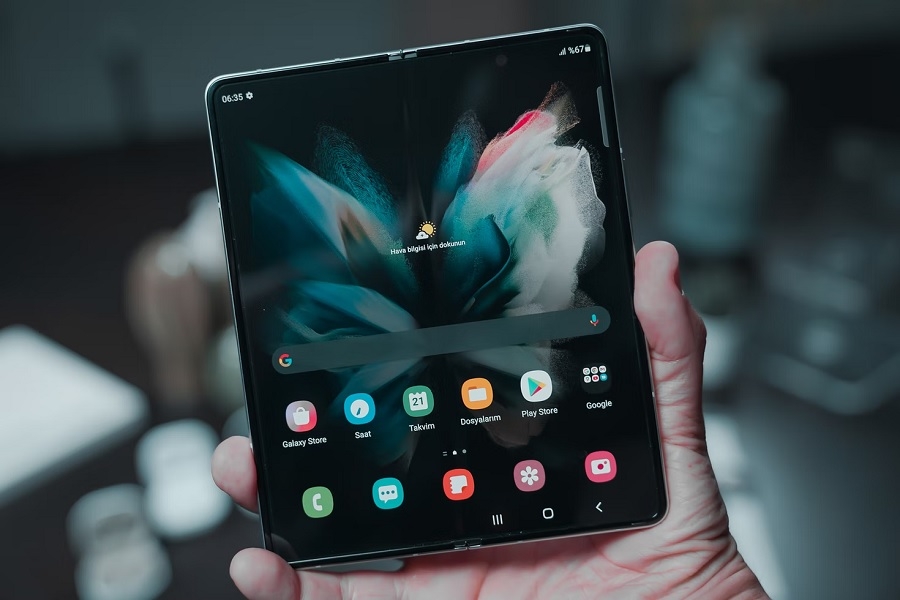 Samsung quietly applied a small change to the name of its foldable Galaxy phone in a few European countries. The company has yet to explain the subtle rebranding, but there are speculations that it could be related to the ongoing war between Russia and Ukraine.

A few people online started noticing on Tuesday that Samsung’s Galaxy Z Fold 3 pages on its regional online stores for Estonia, Latvia, and Lithuania dropped the letter “Z” from the device’s name. Some find the discreet change a little surprising, but it is also possibly a timely decision.

Tech enthusiast and known leaker Ishan Agarwal suggested that the slight change could be due to the letter “Z” recently becoming a symbol of support for Russia’s military actions in Ukraine.

Samsung has removed the ‘Z’ from its phones in certain European countries.

Change could be due to symbol ‘Z’ representing Russian Army during the ongoing invasion in Ukraine. New retail boxes have been printed as well. pic.twitter.com/RvadGYN0Xi

Russia launched a large-scale attack on Ukraine last Feb. 24. A ceasefire agreement has yet to be signed, but Reuters reported on Tuesday that Russia agreed to scale down its attacks on Ukraine’s capital, Kyiv, following the latest round of negotiations in Istanbul.

Weeks into the armed conflict, supporters of the Russian government and its moves on Ukraine have started using the letter “Z” as a sign of support online and on the streets. It is not fully clear how that came to be, but several reports pointed out that hand-painted “Z” were spotted on Russian tanks that were amassed at the Ukrainian borders before the attacks commenced last month.

Again, it should be noted that Samsung has not offered an official explanation yet as to why the rebranding is only currently seen on its websites in Estonia, Latvia, and Lithuania. Samsung online stores for other European markets, like Poland, still call the foldable phone Galaxy Z Fold 3.

Samsung is reportedly working on applying the name change beyond its online stores. “New retail boxes have been printed as well,” Agarwal said.

Whether or not it is related to the current geopolitical crisis, other tech fans have welcomed the rebrand for other reasons, saying “Galaxy Fold” and “Galaxy Flip” are better names for their simplicity. Samsung originally used the “Galaxy Fold” name in 2019, but announced the following year that its foldable phone lineup would be officially called “Galaxy Z.” Samsung told Bloomberg in 2020 (via XDA), “We chose ‘Z’ for this series because it intuitively communicates the idea of a fold while delivering a dynamic, youthful feel.”