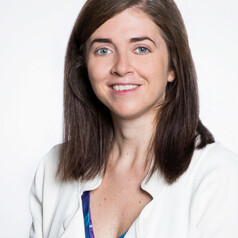 Yet more proposed Chinese “security agreements” in the Pacific Islands have been leaked.

The drafts have been described by critics as revealing “the ambitious scope of Beijing’s strategic intent in the Pacific” and its “coherent desire […] to seek to shape the regional order”. There are concerns they will “dramatically expand [China’s] security influence in the Pacific”.

But does this overstate their importance?

A pause for breath

Australia should be concerned about China’s increasingly visible presence in the Pacific Islands. A coercive Chinese presence could substantially constrain Australia’s freedom of movement, with both economic and defence implications.

And Pacific states and people have reason to be concerned. The restrictions on journalists during Chinese Foreign Minister Wang Yi’s visit to Solomon Islands demonstrate the potential consequences for transparency of dealing closely with China.

And there are questions about the implications of the Solomon Islands-China security agreement for democracy and accountability.

But before we work ourselves into a frenzy, it is worth pausing for breath.

The leaked drafts are just that: drafts.

They have not yet been signed by any Pacific state.

China wields powerful tools of statecraft – particularly economic – but Pacific states are sovereign. They will ultimately decide the extent of China’s role in the region.

And these drafts do not mention Chinese military bases – nor did the China-Solomon Islands agreement.

Rumours in 2018 China was in talks to build a military base in Vanuatu never eventuated.

First, these documents contain proposals rather than binding obligations.

If they are signed, it’s not clear they will differ in impact from the many others agreed over the last decade. For example, China announced a “strategic partnership” with eight Pacific states in 2014, which had no substantive consequences for Australia.

So common – and often so ineffectual – are “strategic partnerships” and “memoranda of understanding” that there is a satirical podcast series devoted to them.

Second, the drafts contain proposals that may benefit Pacific states.

For example, a China-Pacific Islands free trade area could open valuable opportunities, especially as China is a significant export destination.

Third, the drafts cover several activities in which China is already engaged. For example, China signed a security agreement with Fiji in 2011, and the two states have had a police cooperation relationship since.

It’s worth remembering Australia and New Zealand provide the bulk of policing assistance. The executive director of the Pacific Island Chiefs of Police is even a Kiwi.

The drafts do contain concerning provisions. Cooperation on data networks and “smart” customs systems may raise cybersecurity issues. This is why Australia funded the Coral Sea Cable connecting Solomon Islands and Papua New Guinea to Australia.

Provisions relating to satellite maritime surveillance may cause friction with existing activities supported by Australia and its partners.

Greater Chinese maritime domain awareness of the region - meaning understanding of anything associated with its oceans and waterways - would also raise strategic challenges for Australia, New Zealand, and the US.

But there is a risk of over-egging the implications based on our own anxieties.

Much of China’s diplomacy has been opportunistic and not dissimilar to what Australia and other partners are doing.

China’s interest may primarily be about demonstrating strategic reach, rather than for specific military purposes.

Given the accelerating frequency of natural disasters in the region due to climate change, it is only a matter of time before the Australian and Chinese militaries find themselves delivering humanitarian relief side-by-side. Being on sufficiently cordial terms to engage in even minimal coordination will be important.

Indeed, Australia should try to draw China into cooperative arrangements in the Pacific.

Reviving, updating, and seeking China’s signature of, the Pacific Islands Forum’s Cairns Compact on Development Coordination, would be a good start.

If China really has benign intentions, it should welcome this opportunity. The compact, a mechanism created by Pacific states, could help ensure China’s activities are well-coordinated and targeted alongside those of other partners.

Amplifying threat narratives also feeds into Australia’s perceived need to “compete” by playing whack-a-mole with China, rather than by formulating a coherent, overarching regional policy that responds to the priorities of Pacific states.

For example, Australia has funded Telstra’s purchase of Digicel, following interest from Chinese telco Huawei, despite questions over the benefits.

What will Australia offer next?

There is a risk some Pacific states may overestimate their ability to manage China. But for the time being it is understandable why at least some would entertain Chinese overtures.

New Australian Foreign Minister Penny Wong has rushed to Fiji days into the job with sought-after offers of action on climate change and expanded migration opportunities. Pacific leaders might be wondering what Australia will offer next.

Maima Koro receives funding from the Australia Department of Defence.