‘Call of Duty’ crossover: Activision confirms Terminator will be featured in 'Warzone' season 4 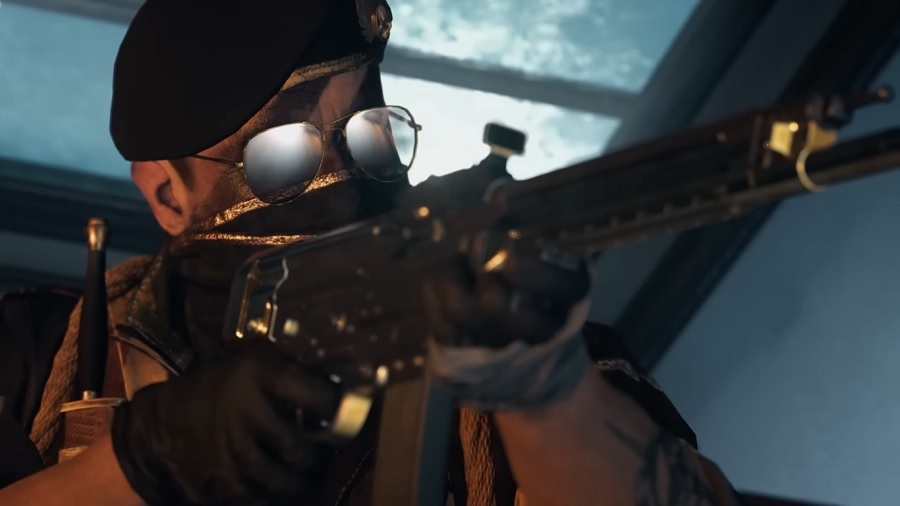 Shortly before “Call of Duty” season 4 on “Warzone” and “Vanguard” goes live, Activision shared a cryptic teaser that provided a clue on what the next pop culture icon will be featured in the games. Even without a direct announcement, the publisher made it obvious that this week’s updates will bring the Terminator to the first-person shooter.

The official “Call of Duty” Twitter page posted a cryptic image on Tuesday with a close-up look at a bulk of gold bars surrounding a single, unlabeled silver bar. “Looks like some mercenaries scored an unusual haul,” Activision wrote in the post. “Some precious metals shine brighter in the darkness. Who can identify?”

Grab this intel as fast as you can… they’ll be back ? https://t.co/YpMndaQs1o pic.twitter.com/yixkojBcn7

Around 30 minutes later, the social media page shared the same image. Only the silver bar gained an engraved label “Skynet Mimetic Polyalloy.” While the post did not specifically say what this “intel” means, fans of “The Terminator” quickly recognized the reference.

To those not familiar with these clues, SkyNet is an AI-powered processing system that also served as the main antagonist in James Cameron’s 1984 sci-fi film “The Terminator.” Skynet became self-aware and hostile after viewing humanity as a threat. Mimetic polyalloy, on the other hand, is a type of liquid metal created by SkyNet that was used on advanced models of Terminators, including the T-1000 that was the primary villain in “Terminator 2: Judgment Day.”

Details on how “The Terminator” will be featured in “Call of Duty” Season 4 remains unknown, but it might include an Operator skin that would allow characters to assume a Terminator-like appearance. Players will have to wait and see if the crossover will also bring T-1000’s other abilities from the movies into the game, including superhuman strength, shapeshifting, and advanced auditory sensors.

“Call of Duty: Vanguard” players can also expect new features as part of the Season 4 updates. Sledgehammer Games released the official patch notes, confirming the debut of the classic Blue Gun Game mode, as well as new Operators Carver Butcher and Callum Hendry. The USS Texas 1945 map from “Call of Duty: WWII” is also coming back in “Vanguard” this season in multiplayer games. Season 4 will go live on Wednesday, June 22, at 9 a.m. PT.