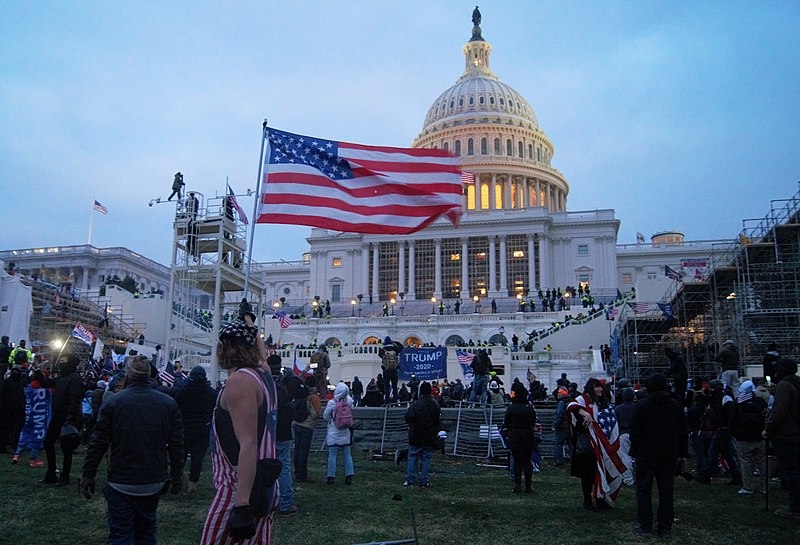 Politico reports that Republican lawmakers are now caught in the middle of calls of civil war amongst their base of supporters as they appear to gear up for the rally on September 18 in support of the insurrectionists. Hundreds of insurrectionists have already been identified, arrested, and detained. The right-wing supporters have tried to paint the insurrectionists as “political prisoners,” even though they did commit actual federal crimes.

Republican lawmakers who have called the insurrectionists “political prisoners” such as Reps. Matt Gaetz, Marjorie Taylor Greene, Paul Gosar, and Louie Gohmert have not said that they will be attending the upcoming rally named “Justice for J6.” One lawmaker who chose to remain anonymous revealed that the rally has posed a dilemma for Republican leadership.

“The majority of the Republican base feels that Jan. 6 was justified. And because those people didn’t have arms, they shouldn’t be incarcerated right now,” said the lawmaker.

“Every day, I hear the word ‘civil war’ -- every day,” They added, sharing that when they returned to their district after the insurrection, they expected to hear sympathy and disgust but heard comments of support.

Politico also reported that other offices at the Capitol have reported similar calls from citizens who said that the insurrectionists did not go far enough. This is despite the riots leading to five people dead and dozens of law enforcement officials being severely injured.

Nevertheless, the Capitol Police are already taking steps to secure the Capitol to prevent another insurrection from happening in the upcoming rally. NPR reports that there are already plans to reinstall the perimeter fencing that was previously placed around the Capitol in the aftermath of the insurrection.

The upcoming rally will also pose as a big test for security officials months since the insurrection.