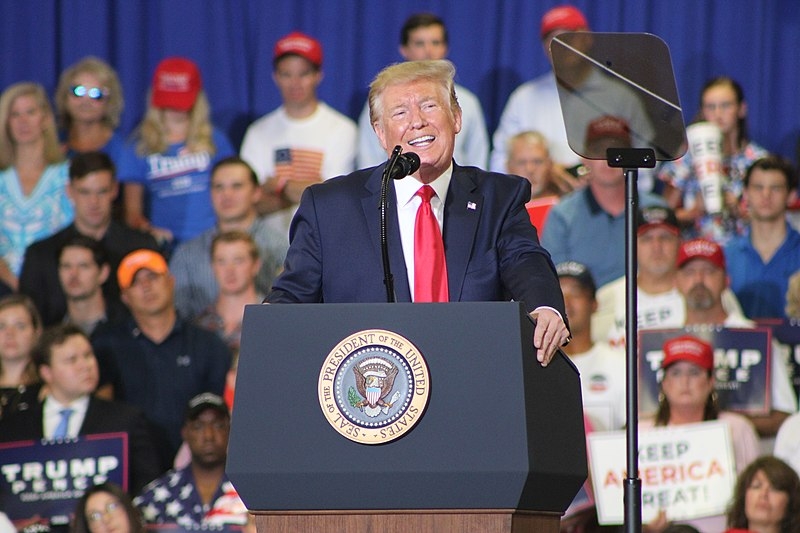 The House Committee probing the Capitol insurrection is quickly moving forward with its investigation as it grills possible witnesses and former officials. As the panel releases its next slate of subpoenas, among them is a lesser-known staffer of the Trump Campaign.

MSNBC host Nicolle Wallace pointed out that the committee’s chair and vice-chair, Rep. Bennie Thompson and Rep. Liz Cheney, have made clear that they are asking for a wide variety of possible witnesses to come forward and inform them of what they know. Delving into the latest slate of subpoenas served by the House Committee, reporter Betsy Woodruff noted that in the midst of the high-profile names on the slate is a lesser-known individual, Angela McCallum.

“The most low-profile person in this batch of subpoenas is Angela McCallum, somebody who was doing work in connection with the Trump campaign,” said Woodruff. “Contemporaneous news reporting from Michigan, particularly from the site M-Live, documented the fact that McCallum actually reached out to members of the Michigan state legislature … on behalf of the Trump campaign and urged them to overturn the election results in their state and try and install a different slate of electors.”

Woodruff explained that McCallum getting subpoenaed is a sign that the House Committee is going into further detail about the false election claims that ultimately culminated in the Capitol insurrection. Donald Trump’s refusal to admit losing to Joe Biden led to the insurrection that killed five people and injured dozens of law enforcement officials who responded to the ongoing siege.

The twice-impeached former president has attempted to stall the bipartisan panel’s investigation through lawsuits claiming that the records the panel is requesting from the National Archives are protected by executive privilege. This is despite the White House waiving his claim and authorizing the archives to release the necessary documents to the committee. Federal judge Tanya Chutkan rejected an emergency request by the former president to block the release of documents by the National Archives to the committee.