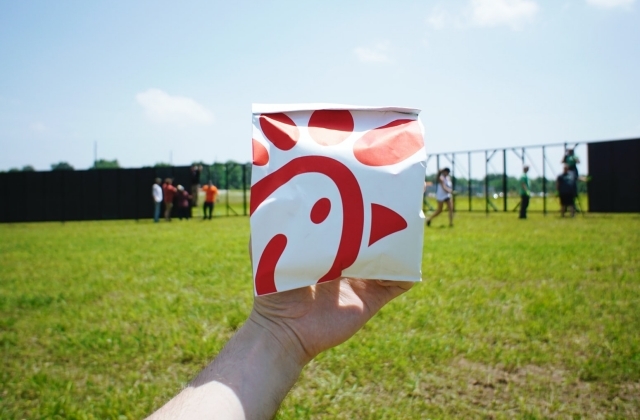 Chick-Fil-A has been planning to build an outlet at a rest stop area on Garen State Parkway in New Jersey. However, the company faces some issues; thus, it cannot proceed with its plans at the moment.

According to Fox Business, Chick-Fil-A encountered a problem due to its history of where it stands regarding marriage and other matters that critics said to be anti-LGBTQ. The restaurant tried to clarify that the claims made against them were based on misleading reports from the media.

Chick-Fil-A is planning to build its restaurant in Bloomfield but Mayor Michel Venezia and councilman Rich Rockwell, a gay public official, are requesting the New Jersey Turnpike Authority to reconsider the idea of having Chick-Fil-A at the Brookdale South rest stop. The NJTA is the division operating the parkway.

Venezia and Rockwell issued statements where they are urging the NJTA to think about the decision to put up Chick-Fil-A once again. The former also told the turnpike authority that the plan is "incredibly disappointing."

The mayor's statements come as the American fast food restaurant chains released statements before where they opposed same-sex marriage. The company also supported groups and politicians that are being opposed by the LGBTQ community.

"Chick-fil-A imposes its religion on employees, customers, and operators and as a publicly funded entity, the New Jersey Turnpike Authority should not allow this type of business on the Parkway," councilman Rockwell said in a statement. "This restaurant chain would be an affront to all of the citizens of Bloomfield that make up the tremendous diversity that makes our town such a great place to live."

On the other hand, Mayor Venezia said, "Bloomfield is a diverse community accepting of all races, religions, and sexual orientations, which is the antithesis of what this chain stands for."

Meanwhile, NJ.com reported that officials at Turnpike announced on Jan. 3 it will be demolishing two McDonalds restaurants sitting at the Brookdale South and Vauxhall services. They are intending to replace them with a new building and restaurants that will include Shake Shack and Chick-Fil-A and this announcement was met with opposition for the chicken restaurant.