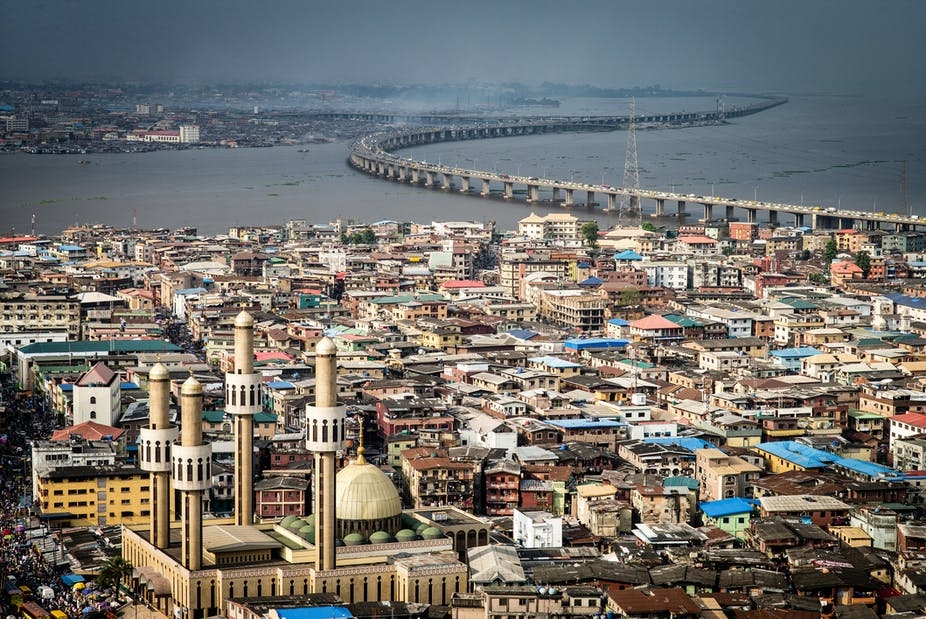 Lagos, Nigeria is one of the cities growing at a rapid rate. Michael Kraus/EyeEm/Shutterstock 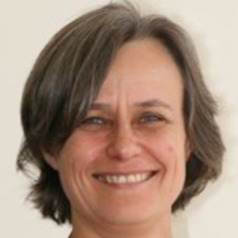 Cities across Africa are growing at an astonishing rate. All 20 of Africa’s fastest growing cities have experienced average growth rates of more than 6% over the last decade. Gwagwalada, on the outskirts of Abuja, Nigeria, topped the list with a population that has grown by 9% each year since 2010.

Over the past 10 years, every year Kinshasa (in the Democratic Republic of Congo) added an average of 410,000 residents. Cairo (in Egypt) added 364,000 and Lagos (in Nigeria) 354,000. Beyond these mega-cities, smaller urban centres have even faster growth rates, even if the absolute numbers are smaller.

These growth rates, which are set to continue, put a huge strain on already under-resourced local authorities.

Many residents – both established urban dwellers and those moving to the city – often end up living in informal settlements that lack basic services, security and economic opportunities. For instance, accessing intermittent supplies of water can cost low-income residents 5% of their incomes or more. There’s also a constant risk that floods or fire will sweep through a high density settlement, rendering thousands of people homeless.

Complex problems in cities compound each other, year on year.

As if the situation wasn’t challenging enough, the impacts of COVID-19 have been most keenly felt in urban areas. It’s estimated that 95% of COVID-19 cases originated in urban areas. These over-crowded and under-serviced neighbourhoods face particular health problems, even at the best of times.

Globally, governments have struggled to balance the economic needs of city residents against controlling the virus. But, in some cities, the pandemic response spurred innovative partnerships between citizens, experts and state authorities.

Could these emerging reform coalitions – partnerships between government, experts and civil society – be key to dealing with intractable urban issues, such as improving housing, services, transport and economic opportunities for all city residents?

We believe they do. I’m part of a team known as the African Cities Research Consortium. We seek to generate insights and evidence to help improve the living conditions and services of all city residents, particularly disadvantaged communities. Over the next six years, part of our work will involve collaborating with emerging reform coalitions to both research and help catalyse urban change.

The politics of urban change

Cities are inherently political, where competing interest and power abound. Yet, all too often, urban reforms are led by technical and infrastructural change, rather than by engaging people.

Instead of prioritising hi-tech visions and technical fixes, city planners should focus on nurturing locally rooted reform coalitions. These would bring together local residents, authorities, researchers and the private sector. And they may provide a more sustainable, effective and workable route to address intractable urban problems.

The informal settlement of Mukuru, in Nairobi, provides an interesting example. An effective coalition of local residents has long worked with external researchers and urban experts, to engage local authorities. They push forward essential upgrading for roads, services and infrastructure in the settlement.

Largely organised by Muungano wa Wanavijiji, a social movement of Kenya’s low-income urban communities, the coalition succeeded in establishing a Special Planning Area in 2017. Part of this required the preparation of an Integrated Development Plan for Mukuru, designed to improve the lives of the 100,000 households.

This is a precedent-setting partnership for participatory upgrading of informal settlements at scale. It has established plans for the provision of water and sanitation, roads and drainage, and electrification, which is starting to be implemented.

When COVID-19 hit, the Kenyan national government recognised the need to respond to the pandemic in over-crowded informal settlements. Muungano wa Wanavijiji was able to use the status and expertise they had demonstrated as part of the Mukuru reform coalition. They were invited onto the national task force organised by the Ministry of Health.

Features of a reform coalition

A distinctive feature of the Mukuru reform coalition is its size and diversity. This isn’t just a partnership between local residents groups and local government. It officially incorporates an incredible 41 local and international organisations. It involves civil society, academic institutions and the private sector.

Partners have pursued a delicate balancing act in their approach. They combine ambition, incrementalism and grassroots knowledge alongside external expertise and resourcing.

The Mukuru reform coalition built on similar experiences from Uganda. The Ugandan Slum Dwellers Federation has been participating in Municipal Development Fora in a number of towns and cities. They help to improve planning processes and access to services by bringing together civil society, companies and local authorities.

Another well known example is from Karachi, in Pakistan. The Urban Resource Centre has been working there for over 20 years to provide a platform for urban reform in this city. As in Kenya and Uganda, the centre has provided a focal point, bringing together a variety of groups. It facilitates discussion, generates evidence and ensures more inclusive delivery of city projects for residents.

There is still much work to do in Mukuru but the approach being driven by this dynamic reform coalition could help break similar log-jams in other cities.