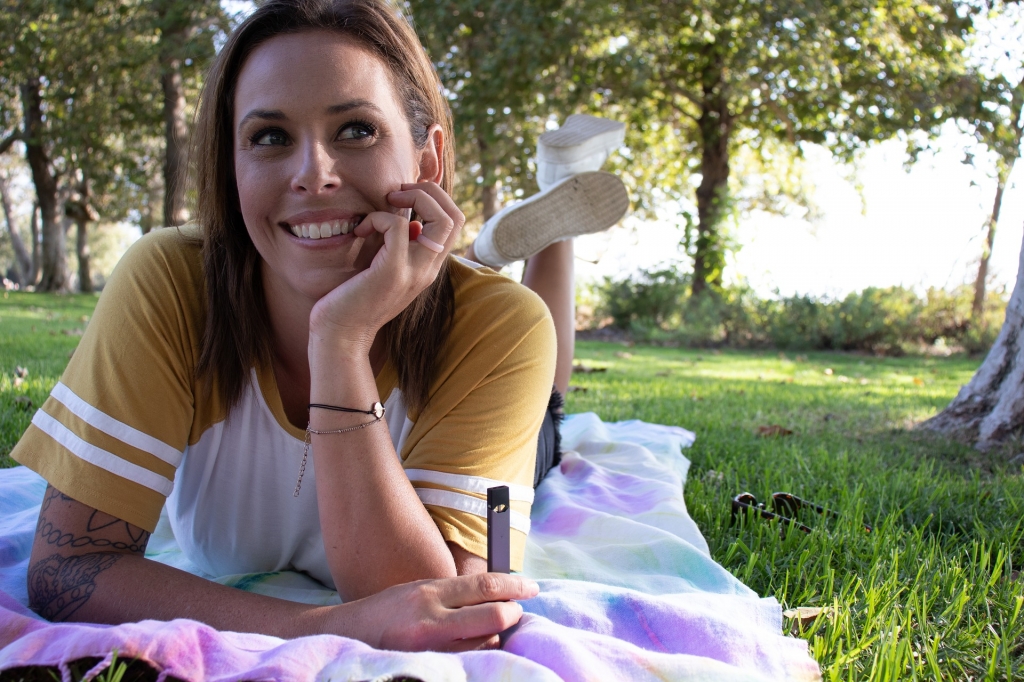 In the world of vaping, e-liquid is at the heart of every e-cigarette. It is the e-liquid that primarily determines the flavor of the vapor that is produced by an e-cig. It's also where the nicotine can be found when it is present. In the years since vaping first began to enter the mainstream, the nicotine used by e-liquid companies to produce their flavored vaping liquids has changed, resulting in a new generation of flavored e-liquids.

A Next-Gen Nicotine Finds Use In E-Liquid Manufacturing

Early e-liquid manufacturers used a type of nicotine known as free-base nicotine to create their wares. Today, another nicotine variant has emerged and quickly risen in popularity with e-cigarette users thanks in part to the popularity of pod vapes, which are one of the numerous types of e-cigarettes popular in today's market.

Unlike some of the other types of vaping devices that are available today, pod vapes are often used in conjunction with e-liquid that contains a type of nicotine known as nicotine salt. Not all vaping devices are equipped to handle nicotine salts as they're typically used, which is in relatively high concentrations such as 50mg/ml.

Why Nicotine Salts Have Found Their Place In Vaping

One of the aspects of nicotine salts used in vaping liquids that sets it apart from the free-base alternatives is its ability to be vaporized at higher concentrations without becoming too harsh. This has allowed vape juice manufacturers to use more of it in their products, thus, in turn, allowing vapers to buy e-juices that contain higher concentrations of nicotine than free-base e-liquids have allowed.

Nic salts are marketed by some vape companies who utilize them in their e-liquids, such as the Vaper Empire company whose Viggo Series pod system uses pre filled vape pods infused with nic salts, as:

Where Science And Vaping Intersect

The reason why nic salts are less harsh at higher concentrations has to do with their alkalinity. Free-base nicotine has relatively high alkalinity, which makes the throat hit of free-base e-liquids more intense. By infusing free-base nicotine with acids, the pH level is lowered, which has the benefit of reducing the severity of the throat hit. As a result, nic salts are smoother to their users and it is this factor that allows them to be used to create stronger e-liquids.

While nicotine salts are found naturally occurring in tobacco leaves, the latest nicotine salt formulations used by vape juice manufacturers are designed to not only allow for higher strength e-liquids to be produced while remaining smooth to vapers but also to provide better flavor when vaporized by minimizing the impact that the nicotine has on the vapor's flavor. With e-juice made using free-base nicotine, the nicotine impacts the flavor in a noticeable way.

To create the nic salts used in e-liquids, a weak acid such as benzoic acid, which is the most common acid used to create nicotine salt, is mixed with a nicotine base.

Nic salt e-liquids, now popular with many vapers, are available in a wide range of flavors. They can be purchased not just in vape pods used with the pod systems that have helped elevate their popularity but also in bottles.

With various flavors, a range of strengths, and both prefilled pods and bottles to choose from, today's vapers have a variety of options to choose from when it comes to e-juices that contain nicotine salts.

Sub-ohm vaping devices, which were previously incompatible with nic salt e-juices, even have their own nic salt e-liquids these days. Such sub-ohm vape compatible nic salt e-juices generally come in nicotine strengths that are much lower than those that are often purchased for use with pod systems.

Nicotine salts first found widespread popularity with vapers when they were introduced to the market by e-cigarette companies in the form of prefilled vaping products, such as disposable e-cigarettes and vape pods. One of the early adopters of nic salts in e-juice was Juul Labs, a vape company whose namesake product, the Juul device, has achieved international recognition.

Today, there are many bottled e-liquids, disposable e-cigs, and pre filled vape pods that contain nic salts. This is, to no small extent, the result of pod vaping's sudden rise in popularity, which propelled nic salts into the mainstream with vapers worldwide.