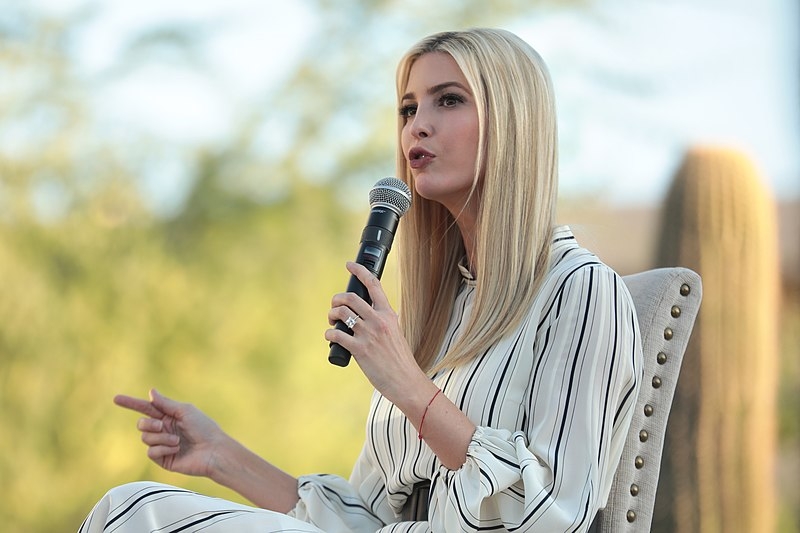 Since leaving Washington, former White House adviser Ivanka Trump has largely been silent on social media and in the public eye. Upon her return to social media with photos from a recent food drive, Ms. Trump faced backlash for trying to “rehab image” with the photos she shared.

Bess Levin of Vanity Fair criticized Ms. Trump for the photos she shared from a food drive she oversaw in Rochester, New York, last week. Levin wrote that now-former President Donald Trump’s time in the White House has “hurt” his daughter. Levin also noted that in the post where Ms. Trump shared the photos, she did not even indicate information for people who may still be looking for food assistance.

“Less clear is how posting several stylized photos of the event after the fact – and with no information for people who may still be looking for food assistance – helps anyone but herself,” wrote Levin.

Ms. Trump partnered with the founder of Chobani Hamdi Ulukaya to deliver food to families in need.

Aside from Levin, other netizens also criticized Ms. Trump for the post.

“Did you arrange those to be given out? What’s the name of the organization? Where is this picture taken? Where can people take advantage of these “free food boxes?” With no additional information, these boxes might as well be hidden in bushes. Is this photo just about YOU?” said one commenter.

“Like you’ve ever lifted a finger for anyone else unless there was something in it for you, princess,” said another commenter.

Ms. Trump is also in the middle of a legal battle with the New York Attorney General’s investigation into the Trump Organization. Attorney General Letitia James revealed that her office has found substantial amounts of evidence against the former president and his children, including Ms. Trump and Donald Trump Jr. using “fraudulent or misleading” asset values to get loans and tax cuts.

James filed a motion Tuesday to force the Trumps to testify and turn over the necessary documents as part of her probe. The attorney general’s office said that the filing made it clear that they were “directly involved” in one or more instances of the fraudulent transactions.