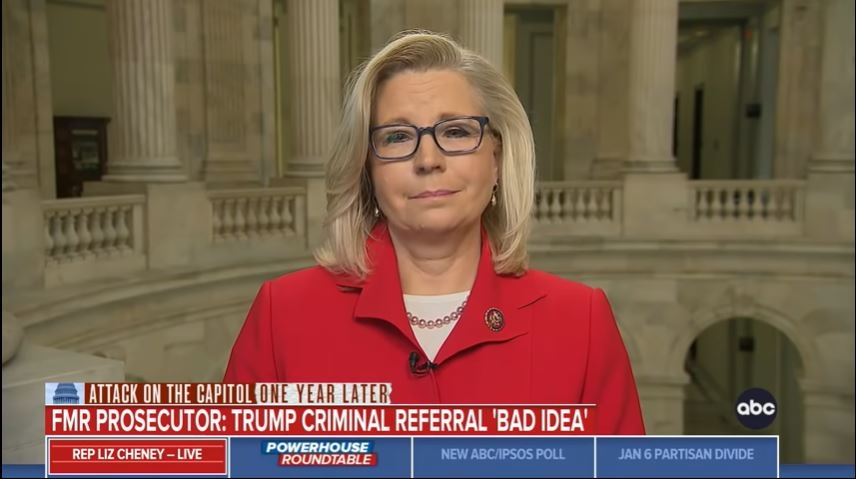 More details are emerging regarding what transpired in the White House on Jan. 6. The Jan. 6 committee’s vice-chair, Rep. Liz Cheney, revealed that Donald Trump’s daughter and White House adviser, Ivanka Trump, visited her father twice in an effort to get him to stop the insurrection.

Speaking with George Stephanopoulos on ABC News, Cheney said that the fact that the now-former president did not take any action as he witnessed the insurrection unfold was already a “dereliction of duty.” Cheney also revealed that the committee had received direct testimony that Ms. Trump visited her father in the White House twice, urging him to calm down his mob of supporters who broke into the Capitol on Jan. 6.

“We know his daughter – we have firsthand testimony that his daughter Ivanka went in at least twice to ask him to please stop this violence. Any man who would not do so, any man who would provoke a violent assault on the Capitol to stop the counting of electoral votes, any man who would watch television as police officers were being beaten, as his supporters were invading the Capitol of the United States is clearly unfit for future office, clearly can never be anywhere near the Oval Office ever again,” said Cheney.

Cheney also explained that the direct testimony they have received so far is a reason why the committee may be considering making a criminal referral of Trump. The former president was impeached for the second time following the insurrection that left five people dead and dozens of law enforcement officials injured.

Meanwhile, on MSNBC, Punchbowl News founder Jake Sherman said that Cheney’s latest revelation about the Capitol insurrection is making her Republican colleagues “uncomfortable” due to the amount of evidence that the committee already has, including testimonies. Sherman added that the panel does not need the testimonies from former Trump chief of staff Mark Meadows and former Trump adviser Steve Bannon to know the extent of the former president’s involvement in the riots.

Sherman noted the rift between Cheney and House Minority Leader Kevin McCarthy, who was previously invited to testify before the committee. Sherman also explained that Cheney’s recent revelations are a sign that there are individuals who are cooperating with the committee, and only very few are defying the subpoenas.