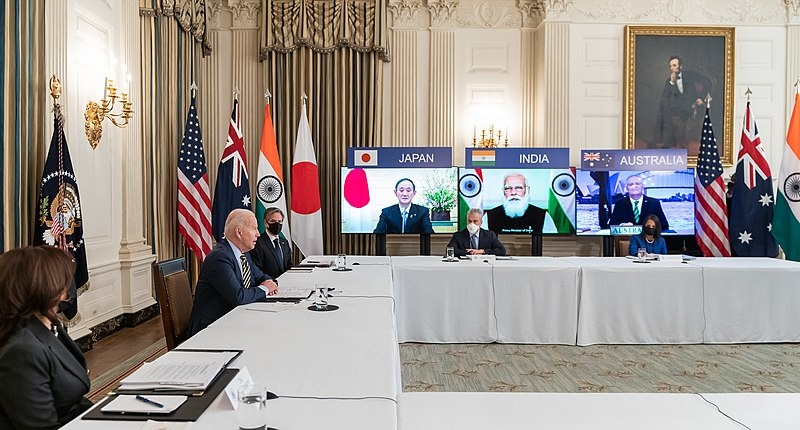 Climate change is one of the main issues that US President Joe Biden plans to tackle during his presidency. The issue will also be discussed between Biden and Australian Prime Minister Scott Morrison when the two leaders meet again.

Biden will be hosting his counterparts that make up the Quad Alliance: US, Japan, Australia, and India, in the country next week for a summit that will be based on regional security especially in the Indo-Pacific region. The Biden administration also confirmed that one of the issues that would be on the agenda is that of climate change not just in the summit, but in Biden’s one-on-one meeting with Morrison. This would also be Morrison’s first visit to the US since Biden took office in January.

Aside from regional security in the Indo-Pacific and climate change, the summit would also touch on cooperation in the pandemic, the promotion of regional free trade, while partnering on up-and-coming technologies.

Senior Biden administration officials have criticized Australia for their lack of drive towards taking action on climate change. Back in February, US Climate Envoy John Kerry said that there are differences between the US and Australia in addressing climate change while calling for an exit from coal-fired energy.

In a statement released Tuesday, Morrison said that the meeting between the Quad leaders “reinforces our commitment to the Indo-Pacific COVID-19 recovery, and our efforts towards peace, prosperity, and stability in our region.” Morrison will be visiting the US from September 21 to September 24.

Ahead of the Quad meeting, the Australian foreign affairs minister Marise Payne and defense minister Peter Dutton will be traveling to Washington this week for the annual defense talks between the allies.

Meanwhile, a new book by journalists Bob Woodward and Robert Costa revealed that Biden overruled attempts made by US Secretary of State Antony Blinken and Pentagon chief Lloyd Austin in slow-rolling the withdrawal from Afghanistan. The book, titled “Peril,” revealing what happened behind the scenes in the final weeks of the Trump presidency and into the Biden presidency, shared that Biden was determined not to let the military stop him from ordering the withdrawal from Afghanistan.