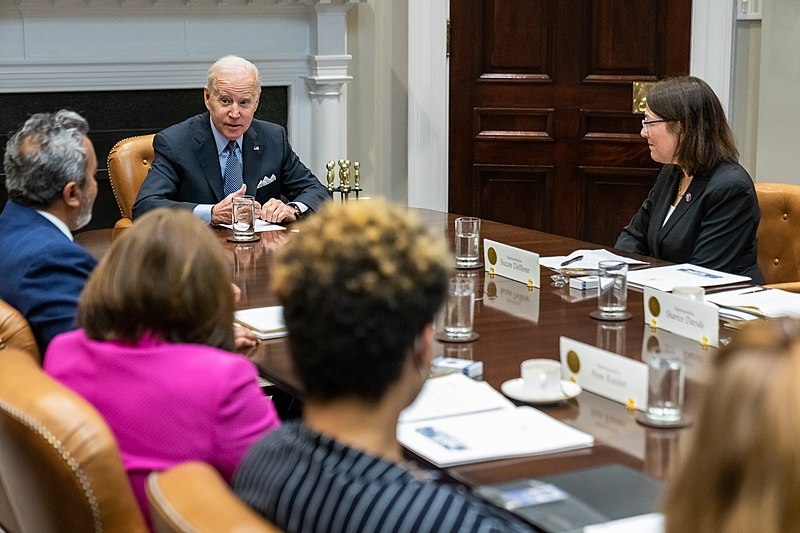 US President Joe Biden has led the West’s response to Russia’s unprovoked invasion of Ukraine. During his visit to Japan this week, Biden said Russian dictator Vladimir Putin is looking to destroy Ukraine’s identity in this war he is waging.

At a joint press conference with Japanese Prime Minister Fumio Kishida, Biden said the Russian leader is trying to destroy Ukraine’s identity, as evidenced by the bombardment of civilian targets in Ukraine by Russian forces. The US leader added that Putin must “pay the price” for the war he waged on Ukraine.

“I believe what Putin is trying to do is eliminate the identity of Ukraine. He can’t occupy it, but he can try to destroy its identity,” said Biden.

Putin “must pay the price for his barbarism in Ukraine” as a warning to others who may try and take similar action, said the US leader.

The issue surrounding the island nation of Taiwan was also brought up during the joint press conference. Biden was asked if the US would intervene militarily should China make the same move to Taiwan, which Beijing claims its territory. The US leader said yes, adding that it was the commitment Washington has made.

“We agree with the One China Policy. We signed on to it, and all the attendant agreements made from there, but the idea that it can be taken by force, just taken by force is (just not) appropriate,” said Biden.

The White House downplayed Biden’s comments later, saying that this does not reflect a change in the US policy on Taiwan. In the policy, the US recognizes China’s position that Taiwan is part of the mainland. However, the US has never officially recognized Beijing’s claim over the democratically-governed island nation.

The US provides Taiwan with defensive weapons but has maintained ambiguity on whether Washington will intervene should China invade Taiwan.

Biden’s warning comes as this trip is his first on the continent as president. Biden’s visit to Asia aimed to unite allies and partners to counter China’s growing influence over the region. The remarks also come ahead of Biden’s attendance at the second in-person summit of the Quad alliance.