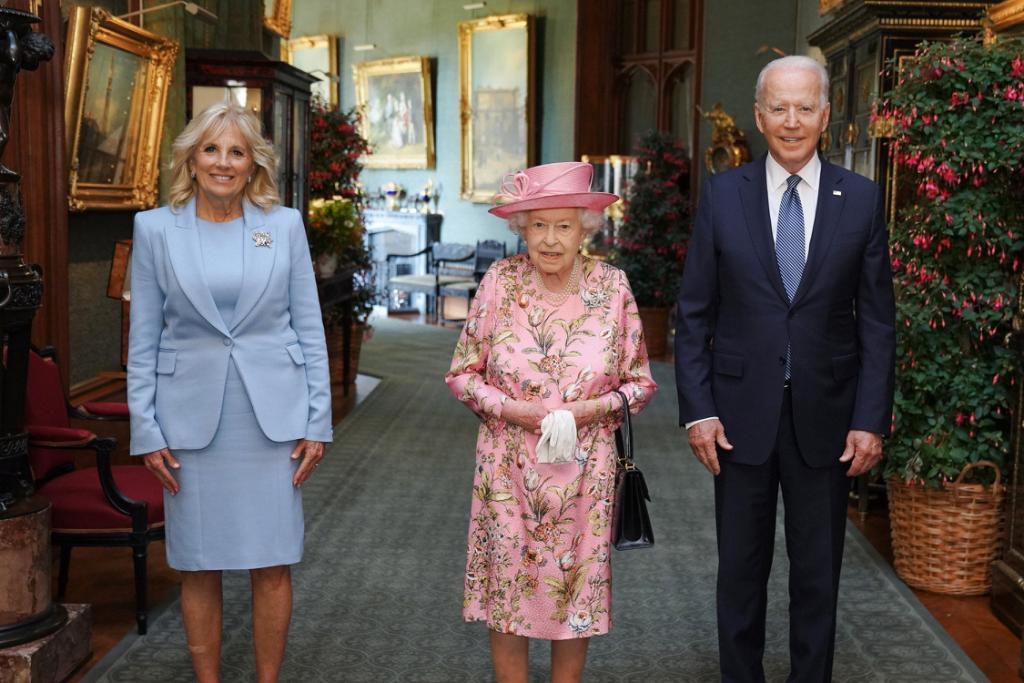 Following the G7 Summit, US President Joe Biden and first lady Dr. Jill Biden were set to meet with Queen Elizabeth II. Following the meeting, Biden had some fond words to say about the long-running monarch.

The Bidens met with the Queen after the G7 Summit at Windsor Castle near London. The US president and first lady were greeted with soldiers from the Queen’s Company First Battalion Grenadier Guards, who gave them a royal salute. The US national anthem also played when they were received by the monarch.

Biden was led for the inspection for the Guard of Honor, while Dr. Biden and the Queen were waiting at the dais that covered them from the sun. The Bidens and the Queen then watched the military march past before going inside the castle for tea. The US president and first lady were with the Queen for almost an hour before departing for London.

Biden may have broken a protocol in revealing what he talked about with the Queen as he told the press corps at Heathrow Airport that the monarch asked him about Russian President Vladimir Putin and Chinese President Xi Jinping. Biden also said that he extended an invitation for her to come to the White House. It is usually frowned upon for anyone to reveal details of their private conversation with the Queen.

“I don’t think she’ll be insulted, but she reminded me of my mother,” said Biden prior to boarding Air Force One for the NATO Summit in Brussels. Biden is the 13th US President to meet the Queen. The only US president that was not able to meet with the Queen was Lyndon B. Johnson.

Biden is set to meet with Putin on Wednesday at Geneva, Switzerland for their one-on-one summit, wrapping up his first overseas engagements as president. The summit that has been prepared for since April was first announced days before the Biden administration announced sanctions on Moscow and expelling diplomats over the reports of election interference, “targeting dissidents and journalists,” and the hacking of US federal agencies.

The meeting also comes before Biden has met with the Chinese leader in person to note the perceived threat of Moscow to Washington and the NATO allies.