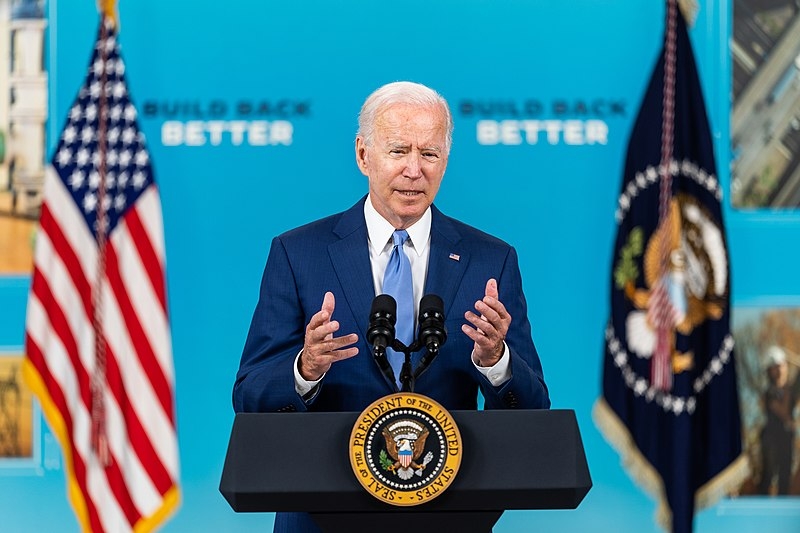 US President Joe Biden once again made an appeal for Congress to pass voting rights laws. In his remarks, Biden also voiced his support towards making changes to the Senate rules in order to pass the key pieces of legislation.

In Biden’s visit to Atlanta, Georgia, this week, the US leader called on Congress to pass voting rights legislation while urging Democratic lawmakers to support changes in the Senate rules. Biden drew a connection between the GOP-led efforts to enact stricter election and voting laws, the January 6 Capitol insurrection, and the civil rights movement to make his case as to why voting rights laws must be passed.

This comes as two key voting rights bills remain stalled due to unanimous Republican opposition, especially in an evenly divided Senate. Biden, who served in the Senate for over 30 years, accused Republicans of “weaponizing” the filibuster.

“We must find a way to pass these voting rights bills. Debate them, vote them, let the majority prevail. And if that bare minimum is blocked, we have no option but to change the Senate rules – including getting rid of the filibuster,” said Biden.

While the US leader did not mention Senators Joe Manchin and Kyrsten Sinema – two Democrats who have staunchly defended the filibuster – Biden made it clear he was running out of patience in the ongoing negotiations at the White House and at the Capitol to find a way to move forward on the issue.

Biden also said that those who did not take a stand for voting rights would be remembered alongside the infamous racist political leaders in history, including those who have supported segregation and the Confederacy.

Senate Majority Leader Chuck Schumer has pledged to hold a vote on voting rights legislation as soon as this week. In the event that Republicans block the vote, as will be expected, Schumer has said he will hold a vote in changing Senate rules around the filibuster.

Last week, Biden made similar points during his speech marking one year since the January 6 Capitol insurrection. The US leader also made a direct shot at twice-impeached, former President Donald Trump without mentioning him by name, accusing him of trying to dismantle democracy.

“His bruised ego matters more to him than our democracy or Constitution. He can’t accept that he lost,” said Biden.

Biden also called out Trump’s political allies for attempting to suppress the vote and subvert elections.