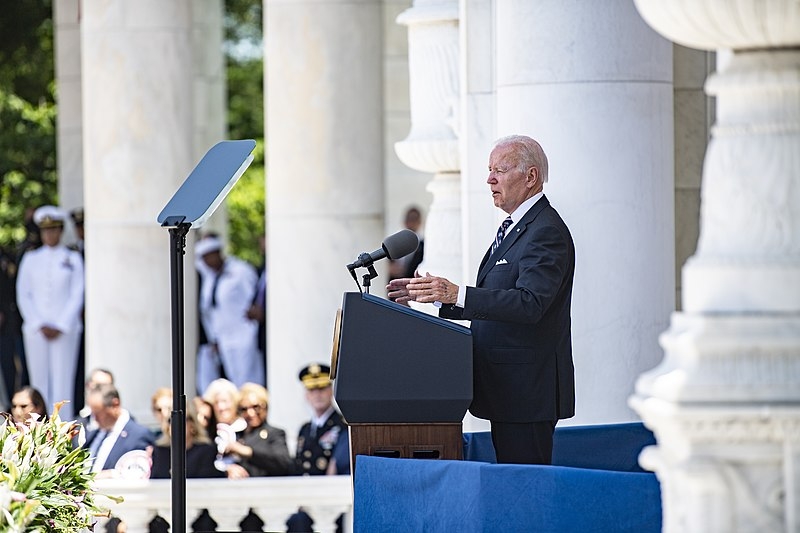 A source with knowledge of the matter told Reuters that Biden is reportedly going to declare tax exemptions for solar panels from four Southeast Asian countries: Cambodia, Malaysia, Thailand, and Vietnam.

This move comes as a probe by the Commerce Department froze imports of solar panels into the US, leading to stalled projects.

The Commerce Department has been on a months-long investigation as to whether the solar panels from the four countries were circumventing tariffs on goods that are manufactured in China.

The declaration of tax exemption on the panels would address the concerns of companies that might have to save billions to pay for the tariffs on the solar panels, according to a source.

“There is going to be this safe harbor timeout on the…collection of duties and that’s what’s at the heart of what’s going to save all of these solar projects and ensure that they are going forward,” said the source.

The US leader will also be invoking the Defense Production Act for US manufacturing of solar panels and other clean energy technologies in the future with the support of loans and grants.

State governors, lawmakers, industry officials, and environmentalists have expressed concerns over the Commerce Department’s probe, which could hike up tariffs on the panels by up to 250 percent.

Taking executive action and invoking the Defense Production Act would allow Biden to use what is available to him without overstepping on the Commerce Department’s investigation.

A report by the Wall Street Journal Monday revealed that the US leader is also set to announce his move on student loan forgiveness in the coming months.

What is likely causing the delay in the announcement is disagreements between officials in the financial and educational sectors on canceling billions in student loan debt.

During his campaign, Biden said he supports a $10,000 forgiveness for borrowers. Canceling $10,000 per borrower would be equal to $321 billion and would forgive the loans of ⅓ of student loan borrowers.