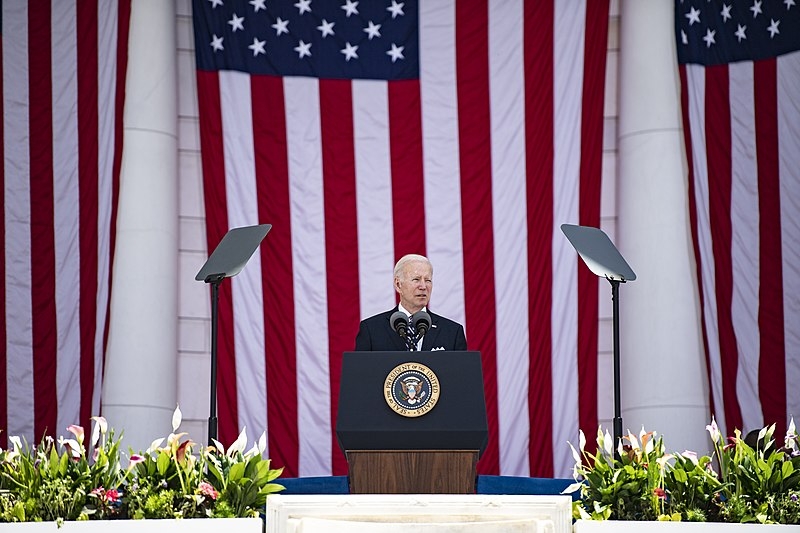 US President Joe Biden made a reversal towards his initial views of Saudi Arabia last week. Biden said Friday that he was considering a visit to the kingdom following previous comments that called for Saudi Arabia to be a “pariah state.”

Friday last week, Biden told reporters that he was considering visiting Saudi Arabia, confirming the reports by the New York Times and other outlets that the US leader would be traveling to Saudi Arabia in an upcoming overseas tour.

The decision by Biden also followed reports that Saudi Arabia agreed to a production hike in oil that could help ease inflation in the US as well as help extend a truce in Yemen.

“I’m not sure when I’m going,” Biden told reporters regarding the upcoming overseas visit. “There is a possibility that I would be going to meet with both the Israelis and some Arab countries at the time.”

“Saudi Arabia would be included in that if I did go, but I have no direct plans at the moment,” said the US leader.

According to CNN, Biden would meet the kingdom’s de facto ruler, Crown Prince Mohammed bin Salman, also known as MBS. The Saudi monarch was accused by US intelligence of ordering the 2018 hit on prominent journalist Jamal Khashoggi.

The trip would reportedly take place around the time Biden attends the NATO summit in Spain and the G7 summit in Germany later this month. Biden is also expected to travel to Israel, where he may be faced with questions regarding US diplomacy towards Iran.

During his campaign, Biden said Saudi Arabia leaders should be treated “as the pariah that they area,” following the very close relationship the kingdom had with the administration of his immediate predecessor Donald Trump.

Despite possible plans to visit Saudi Arabia, Democratic Rep. Adam Schiff said the US leader should not travel to Saudi Arabia and meet with MBS, citing Khashoggi’s murder.

“In my view, no,” said Schiff, who chairs the House Intelligence Committee. “I wouldn’t go, I wouldn’t shake his hand. This is someone who butchered an American resident, cut him up into pieces and in the most terrible and premeditated way,” said Schiff on CBS “Face the Nation.”