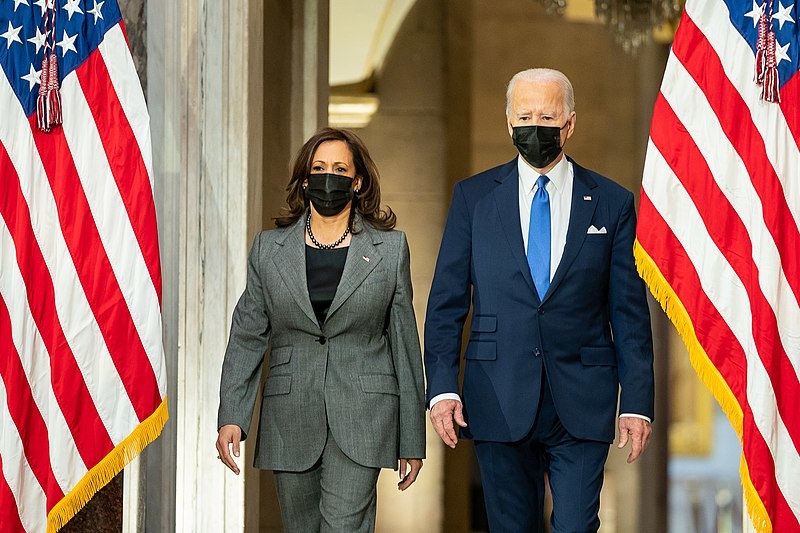 Speaking virtually from Washington at an event by the Ebenezer Baptist Church in Atlanta, Georgia Monday, Harris emphasized the importance of voting rights. Harris also demanded that the Senate take action in passing the voting rights bills that have already passed the House.

The vice president’s remarks follow a week where two Democratic Senators – Joe Manchin and Kyrsten Sinema – doubled down on their refusal to carve out the Senate filibuster in order to pass the legislation. The voting rights bills have been unanimously opposed by congressional Republicans. Senate Republicans have used the filibuster to block any debate on the pieces of legislation aimed to restore voter protections.

Harris maintained that the fight for voting rights will continue, citing King’s lifelong pursuit of justice in order to secure voting rights even in the midst of adversity.

“Today, our freedom to vote is under assault. In Georgia and across our nation, anti-voter laws are being passed that could make it more difficult for as many as 55 million Americans to vote – 55 million Americans. That is one out of six people in our country,” the vice president continued.

In other related news, Harris will be traveling to Honduras to attend the inauguration of its president-elect Xiomara Castro this month. Harris’s deputy press secretary Sabrina Singh said in a statement that Harris’s visit will reaffirm the commitment she and Castro made during their phone conversation in December, to strengthen the relationship between the US and Honduras.

The US delegation along with Harris will be made up of USAID administrator Samantha Power and California Democratic Rep. Paul Ruiz. State Department under-secretary for economic growth, energy, and environment Jose Fernandez, State Department Western Hemisphere assistant secretary Brian Nichols, and US Embassy in Tegucigalpa charge d’affaires Colleen Hoey will also be present.