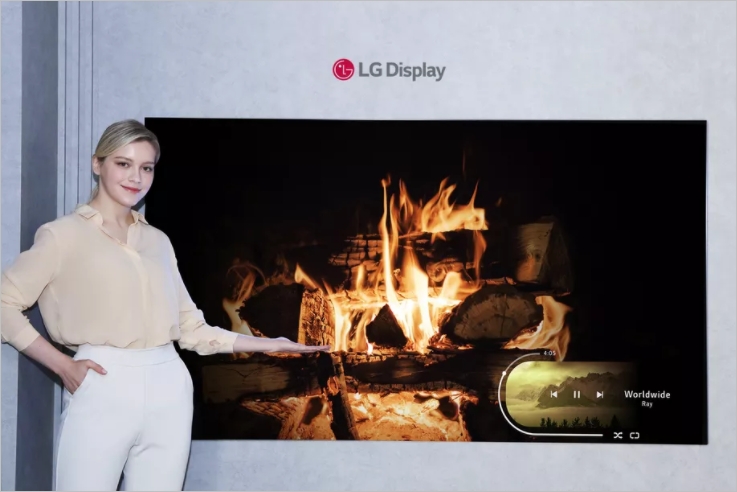 LG Display will expand the OLED production capacity of its Guangzhou fab in the second quarter of 2021 as part of its effort to dominate the OLED market.

South Korea's LG Display Co is expected to rank fifth in this year's global TV panel market with a 9.3 percent share, with shipments projected to reach 25 million units in 2021, up from 23.6 million units from 2020, according to market researcher TrendForce.

LG Display will expand the OLED production capacity of its Guangzhou fab in the second quarter of 2021 as part of its effort to dominate the OLED market.

The combined market share of Chinese panel makers is expected to top 50 percent of the total.

Taiwan's Innolux, the No. 2 player in 2020, is expected to drop to the fourth spot with 38 million units.

TrendForce predicts Samsung Display Co., which ranked fifth last year, to drop out of the top six in the TV panel shipment ranking this year. This is due to its lowered production capacity, which is migrating to quantum-dot (QD) displays.

However, with new TV sets featuring Samsung's QD-OLED panels expected to hit the market in the fourth quarter of 2021, Samsung's yearly TV panel shipment is expected to reach 2 million units in 2022, TrendForce said.