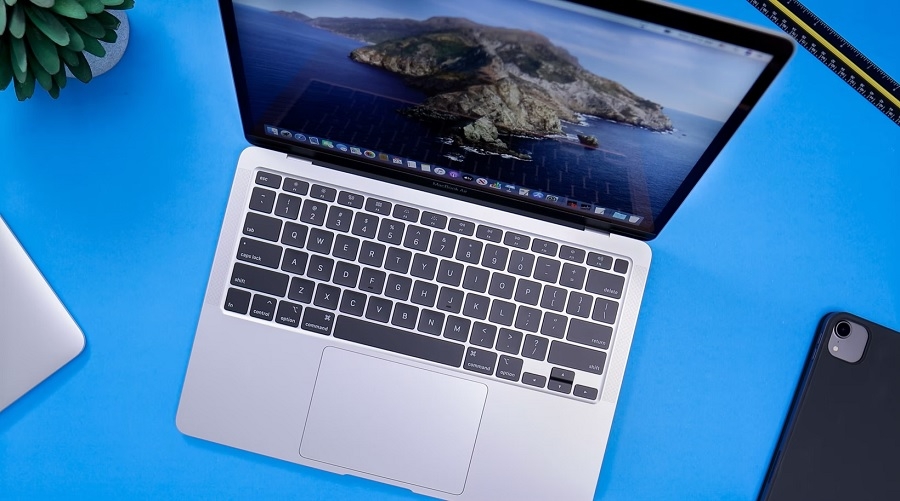 It has not been a full week yet since Apple unveiled the latest Macs, but more details about the upcoming MacBook Air may have leaked already. The upcoming laptop could debut with a new Apple silicon chip, while the company is reportedly considering changing its official name.

For months, Apple was speculated to introduce a new in-house SoC that many thought would be called “M1X.” But the tech giant ended up introducing two new, more powerful chipsets officially called M1 Pro and M1 Max. Based on these names, they appear to be an extension of Apple’s very first SoC, while the next generation of Apple silicon chip might still be in the pipeline.

A new report from leaker dylandkt seems to correspond to that, suggesting that the next MacBook Air would mark the debut of the M2 processor. Unfortunately, the leak did not provide details on how it would be different from the first three Apple SoCs and how it would improve upon the technologies introduced in the M1-series processors.

The leaker also hinted at a potential name change for the next version of MacBook Air. But it could be simply called MacBook, which is reportedly a “current naming candidate” within the tech giant. While this information could still change, calling the rumored laptop just MacBook makes sense since it has been considered as the entry-level Mac product since Apple stopped refreshing the 12-inch MacBook line after its latest release in 2017.

Dynlandkt agrees with previous reports that the next MacBook Air is “likely” to ship with a mini-LED backlit display. However, the leaker says the laptop will not support ProMotion that allows Apple devices to deliver variable refresh rates up to 120Hz. Unlike the latest MacBook Pros, the unannounced laptop is not expected to have an SD card slot and HDMI port but it is planned to have an unspecified number of USB-C ports.

The leaker also corroborates earlier rumors that the next MacBook Air would sport a thinner and lighter form factor, sans a tapered design. But the overall design is expected to be similar to the new MacBook Pros, except the MacBook Air’s bezels will be off-white and it would be available in the same color options offered for the 24-inch iMac.

Like the M1 MacBook Air, its predecessor is not anticipated to have fans, while Apple is reportedly working on a 30W power adapter. The upcoming laptop is also expected to sport a MagSafe charging port and update its webcam with a 1080p component.

New MacBook Air could launch in 2022

Dylandkt mentioned that the next MacBook Air would be released in the middle of 2022. Ming-Chi Kuo predicted the same time frame, but the analyst later updated his prediction that the device might not enter mass production until late into the second quarter or up to the third quarter of 2022.