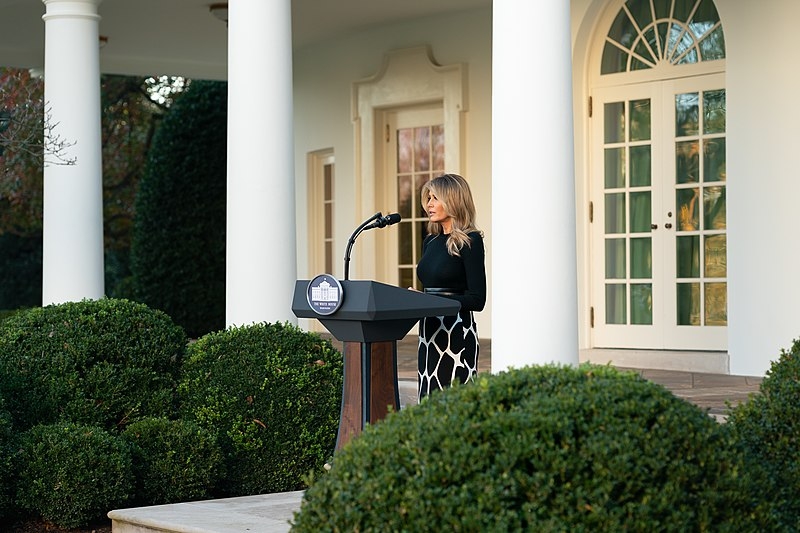 Former first lady Melania Trump is known for being a very private person even throughout her time in the White House. Recently, the former first lady blasted the media following a recent piece detailing her post-White House life.

Mrs. Trump’s post-White House office issued a tweet blasting the media following a piece on CNN describing the former first lady’s “bitter and chilly” relationship with her husband Donald Trump including what she now does now that she is no longer in the White House. The sources in the article claimed that the former first lady spent most of her time in the spa of Trump’s Mar-a-Lago resort, where they live full time. Melania’s response also follows a tweet by Women for Trump co-founder Amy Kremer, who also called the same article a “hit piece.”

“Mrs. Trump is no longer First Lady. She is a private citizen, mother & wife. Sources in this article are not affiliated with her nor have insight into her thoughts or daily life. CNN’s FLOTUS Correspondent choosing to publish false gossip illustrates the media’s unhealthy obsession,” tweeted Melania’s post-White House office.

Previously, Melania’s former friend and adviser Stephanie Winston Wolkoff revealed more details of the speculated feud between the former first lady and her stepdaughter Ivanka Trump. Wolkoff spoke on the Mooch FM podcast where she revealed that no one in the Trump White House took Melania very seriously nor thought the then-first lady could do something that would have some impact. Wolkoff went on to share that she had to give up her salary as an adviser to the then-first lady as most of the budget that was allocated to Melania were used by Ivanka and her husband Jared Kushner, who also served as a White House adviser. Wolkoff added that the remaining funds did not allow them to hire anyone with experience.