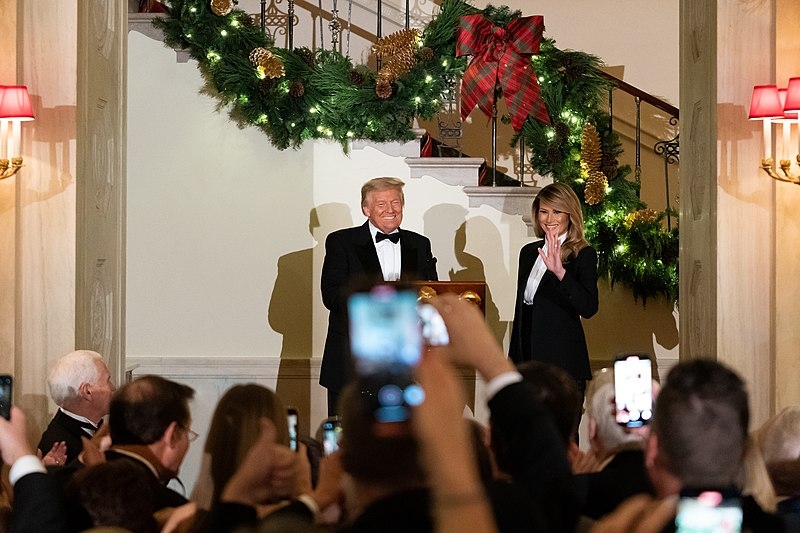 The marriage of former first lady Melania Trump and former President Donald Trump has been the subject of speculation since the start of their time in the White House. Having returned to being private citizens, the first lady’s relationship with her husband has since reportedly remained frosty.

People aware of the matter told CNN that Melania was often spending almost all her time at the spa in the former president’s Mar-a-Lago resort since residing there full time, reportedly being “bitter and chilly” towards her husband as well. Someone who is knowledgeable of the former first lady’s schedule revealed that Melania would spend the whole day at the spa before and after lunch and would have dinner with Trump at the patio.

Another person who has seen the former first lady in Mar-a-Lago in recent days also added that there are times when Melania is joined by her parents during the meal. However, even with a lot more free time on her hands, the impact of their departure from the White House has resulted in frosty moments between the couple.

“She could see how it was going to go for her,” said a former aide in the midst of discussions regarding her delayed response towards the January 6 riots at the Capitol. Melania would only condemn the violence five days after the riots with a statement that also appeared to cast herself as the victim of gossip and personal attacks. Upon leaving the White House, Mrs. Trump left with the worst approval rating for any modern first lady.

With the couple highly speculated to divorce, Melania has since fueled those speculations even more during the weekend. The former first lady shared her own Valentine’s Day message dedicated to the children in The Children’s Inn at the National Institutes for Health on Twitter. Melania posted three throwback photos to when she visited the institution during her time as first lady.

“On this #ValentinesDay, I think of the brave & inspirational children at @TheChildrensInn @NIH where I visited the past few years,” tweeted Melania. “Sending them love & strength, today & everyday #HappyValentinesDay”

Melania made no mention of her husband in her recent Valentine’s Day message despite being married for 16 years.