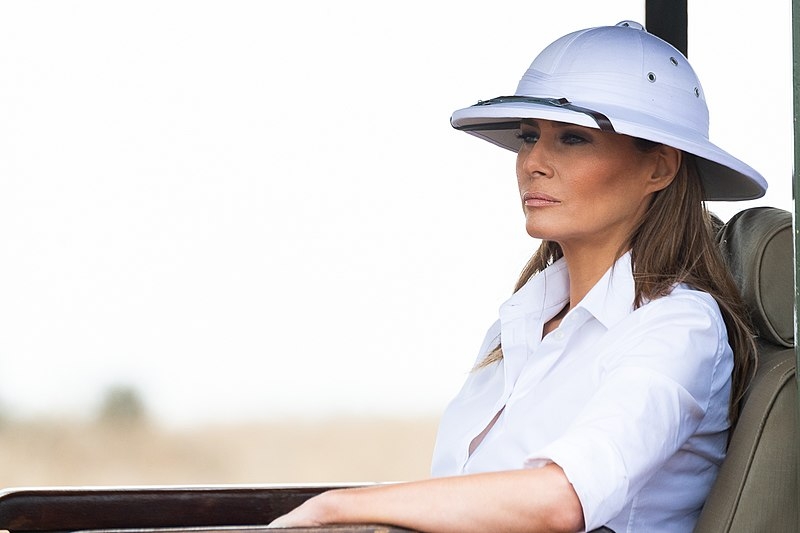 Former first lady Melania Trump did not have nice things to say about Vogue’s editor-in-chief Anna Wintour in her latest interview. Mrs. Trump called Wintour “biased” as her successor, Dr. Jill Biden, made the cover of the magazine for its August 2021 issue.

In her first interview since leaving the White House in January 2021, the former first lady criticized Wintour for making “biased” decisions regarding the political figures that would make the cover of the magazine.

Speaking on Fox & Friends Weekend Saturday, Mrs. Trump was pressed by the show’s co-host Pete Hegseth on her thoughts on never making it on the cover of Vogue while she was the first lady. Hegseth noted that former first ladies Hillary Clinton and Michelle Obama received one and three covers respectively.

Conservative first ladies Barbara Bush, Nancy Reagan, and Laura Bush were also photographed by Vogue but were not on the magazine’s cover. Mrs. Trump said the publication is “biased.”

“They have likes and dislikes and it’s so obvious,” said the former first lady.

Mrs. Trump did make the cover of Vogue back in 2005 after her marriage to former President Donald Trump and was featured in her wedding dress.

“I think American people and everyone sees it,” Mrs. Trump continued. “It was their decision and I have much more important things to do – and I did in the White House than being on the cover of Vogue!”

The former first lady was also pressed on whether she would return to the White House. This comes as her husband has often floated making another presidential bid in the 2024 elections but has not formally announced his intention to do so. The ongoing lawsuits and investigations against the former president may also complicate plans to run for a second term.

“I think we achieved a lot in four years of the Trump administration,” said the former first lady.

When pressed if Mrs. Trump could return to the White House again should her husband make another bid for the presidency, the former first lady said, “Never say never.”

Aside from Vogue and a possible return to the White House in 2024, Mrs. Trump also discussed her “NFT projects,” where she is selling several NFTs or non-fungible tokens on her personal website.