Nancy Pelosi doubles down on stance on infrastructure proposals 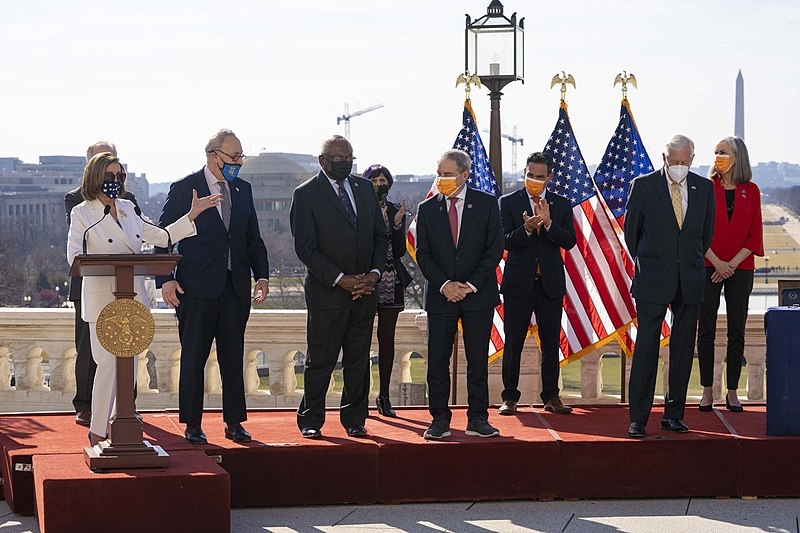 Pelosi doubled down on keeping both the bipartisan infrastructure bill and the bill that could be passed on Democratic Party lines linked in its passage. The Democratic House Speaker told the House Democratic caucus in a closed-door meeting that she will stick by the strategy of withholding a House infrastructure vote until a Senate passes a Democratic-led proposal aimed at families. The comments effectively dismiss McConnell’s appeal to passing the bills separately.

The comments also follow President Joe Biden’s previous remarks that he pledged to veto the bipartisan proposal if Congressional Democrats’ social benefits package is also not passed. Biden later walked back on the statement, following criticism from Republicans. McConnell jumped at the reversal made by Biden, urging Pelosi and Senate Majority Leader Chuck Schumer to unlink the proposals.

Meanwhile, the House this week voted in favor of forming a select committee to investigate the January 6 insurrection. Two Republicans, Liz Cheney and Adam Kinzinger, joined their Democratic counterparts to vote in favor of its formation at a vote of 222 - 190. Prior to the vote, Pelosi expressed that she was “heartbroken” that Congress could not establish a bipartisan commission following the Senate Republicans’ filibuster of the proposal.

“We cannot wait,” said Pelosi. “We believe that Congress must in the spirit of bipartisanship and patriotism establish this commission. And it will be conducted with dignity, with patriotism, with respect for the American people, so that they can know the truth.”