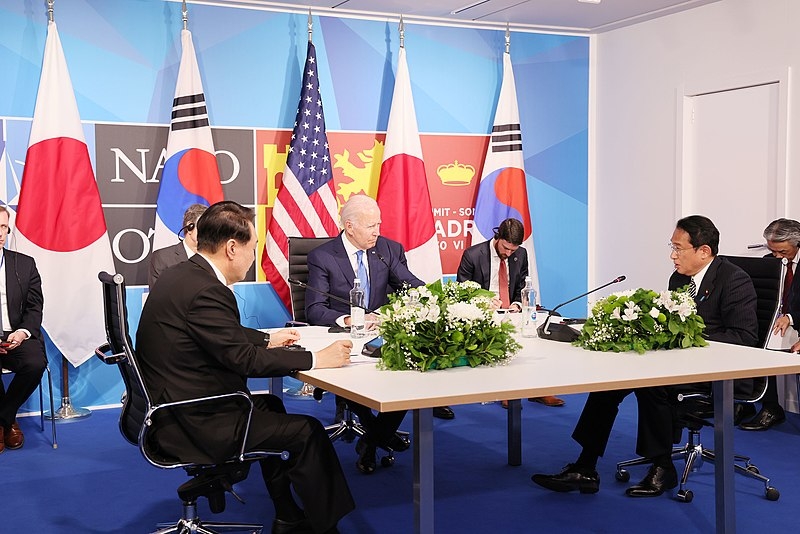 North Korea has continued to accuse the United States of trying to establish a military alliance similar to NATO as of late. Pyongyang has made the accusation again following the agreement by the US, South Korea, and Japan to enhance military cooperation in the region.

The North Korean state media outlet KCNA reported Sunday the comments made by the isolated nation’s foreign ministry spokesperson regarding the agreement by Washington, Tokyo, and Seoul to strengthen their military cooperation.

The spokesperson said the recent agreement was a means to establish a military alliance in the region similar to the NATO alliance.

“The reality clearly shows that the real purpose of the US spreading the rumor about ‘threat from North Korea’ is to provide an excuse for attaining military supremacy over the Asia-Pacific region,” said the spokesperson according to the outlet.

“The prevailing situation more urgently calls for building up the country’s defenses to actively cope with the rapid aggravation of the security environment,” the spokesperson added.

The comments also came as the leaders of the US, South Korea, and Japan met on the sidelines of the NATO Summit in Madrid last week. The three leaders agreed to further explore the means to implement an “extended deterrence” against North Korea, which has been conducting several weapons tests this year.

Reuters reports that the US Air Force F-35A stealth fighters have arrived in South Korea this week as they make their first public visit since 2017 as joint military drills are being ramped up due to the increasing tensions in the peninsula. This also comes amidst concerns that North Korea is preparing for its first nuclear test, also since 2017.

Military drills were scaled down since 2018 due to efforts by Seoul to engage diplomatically with Pyongyang and also because of the COVID-19 pandemic.

South Korean President Yoon Suk-yeol has looked to increase displays of allied military power, including drills, to counter the weapons tests Pyongyang has been conducting this year. The South Korean defense ministry said in a statement that the six F-35 jets would be in the country for 10 days.

The US Forces Korea also issued a statement saying that this was the first public deployment of a fifth-generation fighter jet to South Korea since 2017.