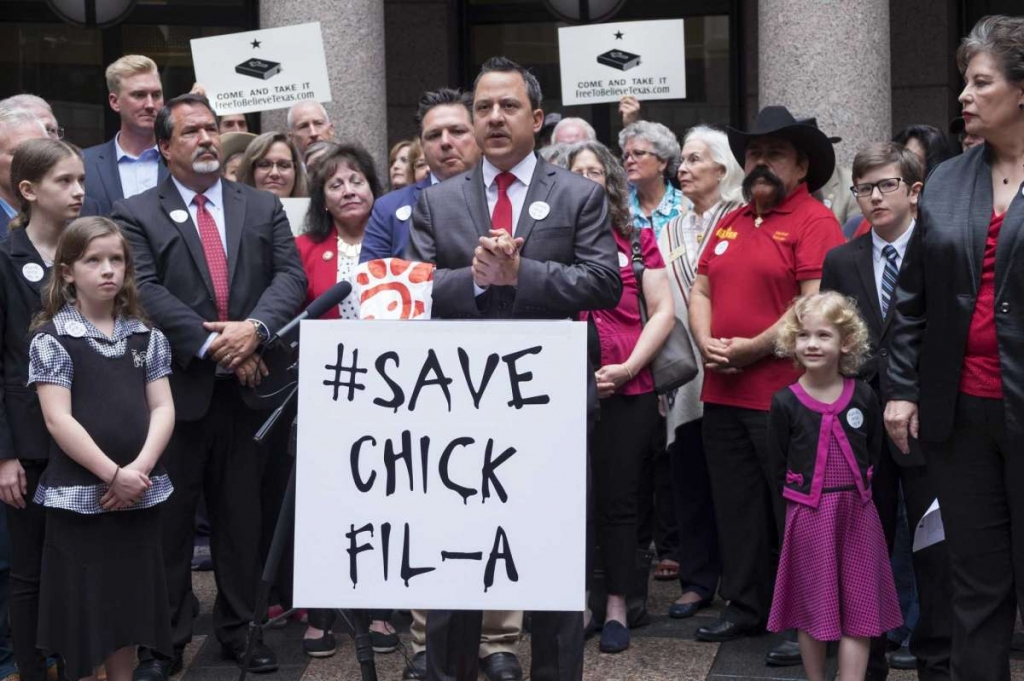 The ruling overturned a lower court's dismissal of the complaint, allowing campaigners to cite enough facts to indicate the city was breaking a Texas legislation known as the "Save Chick-fil-A law."

The Texas Supreme Court on a 9-0 vote gave conservative activists another shot at suing the city of San Antonio for preventing Chick-fil-A from opening a restaurant in an airport due to its support of anti-LGBTQ causes.

The ruling overturned a lower court's dismissal of the complaint, allowing campaigners to cite enough facts to indicate the city was breaking a Texas legislation known as the "Save Chick-fil-A law," which prohibits governments from taking "adverse" actions against businesses because of their religious views.

Soon after the law was approved, five conservative activists sued San Antonio, arguing that the city was breaking it because the city council's vote was based on Chick-fil-financial A's backing of Christian organizations opposed to same-sex marriage.

The plaintiffs' lawsuit, according to Justice Rebeca Aizpuru Huddle, failed to demonstrate a present breach, instead of focusing on the March 2019 vote, which predates the statute.

She stated that the vote alone does not imply that there is a "credible threat" of unfavorable action against Chick-fil-A today, allowing the city's government immunity to be waived under the legislation.

Huddle, on the other hand, believes the activists should be allowed to modify their case to include current infractions.

In a concurring judgment, Justice Jimmy Blacklock, joined by Justice John Devine, agreed that the issue should be reopened, but disputed that the 2019 vote was insufficient to demonstrate a current breach because it established "a forward-looking policy."

The court relegated the decision to the trial court.