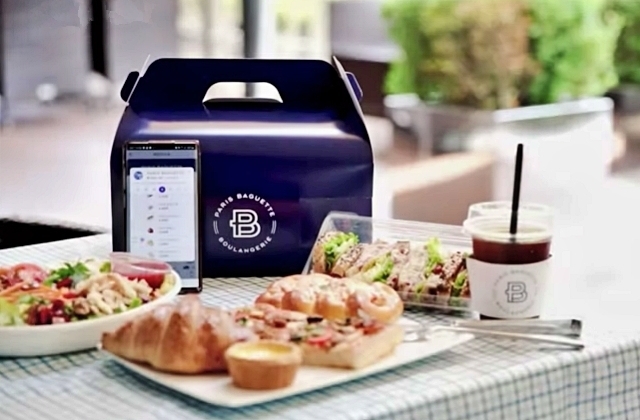 Paris Baguette, the global bakery chain owned by the South Korean food company, is expanding in Indonesia as two more stores were put up in the first quarter of this year.

SPC Group said late last week that the fourth Paris Baguette outlet in Indonesia is set to be launched this week. The third store was opened just last Wednesday, March 23.

According to The Korea Times, the trendy bakery is South Korea’s largest bakery chain, and the SPC Group brought the brand to Indonesia last year. The very first Paris Baguette in the country was launched in November 2021 in partnership with the local company Erajaya Food & Nourishment.

Apparently, the bakery brand’s expansion in the region is happening so fast as it was able to put up three more branches within just four months after the opening of the first. The popularity of the Korean culture in Indonesia was listed as one of the reasons for the success of Paris Baguette there.

It was reported that the Seoul-based food, bread, and confectionery manufacturer is planning to build more than 10 Paris Baguette outlets this year. The third store was built inside the Pondok Indah Mall in Jakarta, which is said to be one of the top premium shopping malls in the country. This place has around 100,000 visitors every day.

The third location that was launched last week may become Paris Baguette’s official flagship store in the region. This branch is spacious and complete, with dining areas featuring 66 seats. It serves menus such as pasta, new pastries, salad, and hot meals. It will also sell SPC’s tea brand called Teatra.

The latest store that will open this week is located in Summarecon Mall in Bekasi, a residential area in the eastern part of Jakarta. Aside from the Paris Baguette bakery stores, the SPC Group is also planning to build a production facility for its global expansion.

This project may be carried out together with Erjaya Group and will be under their joint venture company called the Era Boga Patiserindo. The company is also looking to set up another manufacturing facility in Malaysia. Korea Joongang Daily noted that Paris Baguette Singapore is also involved in the JV, and Indonesia’s outlets are operated by their joint venture company.