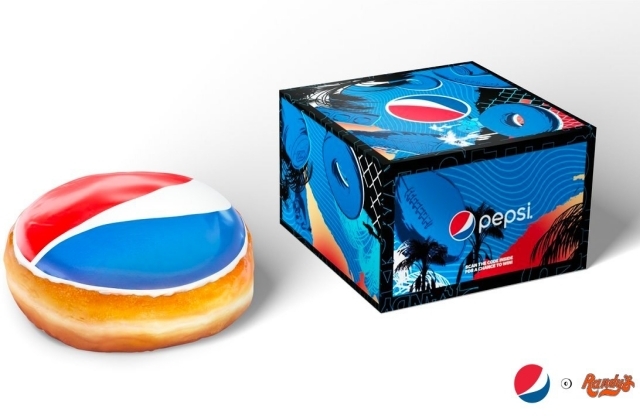 Pepsi Cola announced the release of its first-ever donut in partnership with Randy's. This new treat from the soft drink manufacturer will be available for a limited time, so fans must get them as soon as possible.

As per NBC Los Angeles, the Pepsi ColaCream Doughnut will be exclusively sold at Randy's Donuts in Inglewood, California. It will be in the famous shop for homemade classic donuts, bagels, and muffins from Jan. 23 to Feb. 20.

The Pepsi ColaCream Doughnut is the latest drink and baked goodies mash-up to create an innovative, delicious dessert. The soda-inspired treat is sold in a combo box for $5 on the said dates. Customers who will purchase the Pepsi ColaCream Combo Box will also get a 20-ounce Pepsi drink since it is part of the package.

"Our fans are trendsetters who are always on the lookout for new ways to enjoy the unapologetic flavor of Pepsi," PepsiCo Beverages North America's marketing vice president, Claudia Calderon, said in a press release. "Randy's Donuts has been around for almost as long as Pepsi, and with over 70 years in the community, who better to team up with on our first-ever donut than a local pop culture icon and we can't wait for fans to taste the donut and fall in love with our latest collaboration."

And this is not all, to celebrate the release of Pepsi's limited-edition donut, the company is giving customers a chance to win giveaways such as gift cards that can be used at Randy's Donuts stores. People can join the giveaway promo by simply scanning the QR code that can be found in each combo box when they buy the donut and drink pack.

Randy's Donuts' owner, Mark Kelegian, said that the Pepsi ColaCream Donut is their most creative and tasty collaborative treat so far. He said that trying out this combo offer is the best way for donuts and Pepsi lovers to enjoy the two flavors they love the most. Kelegian added that they are confident that fans will like the new Pepsi donut, and they will come back for more once they get a taste of it.