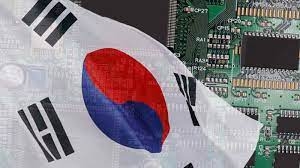 South Korea was expected to rank second in the sector, accounting for 20 percent of the global wafer capacity of 10-nanometer (nm) and below nodes this year.

South Korea's capacity share in the advanced logic chip market is likely to decline as the US attracts more global semiconductor firms to build plants on its turf, according to a report by Counterpoint Research.

The country was expected to rank second in the sector, accounting for 20 percent of the global wafer capacity of 10-nanometer (nm) and below nodes this year.

The US was forecast to boost its share from 18 percent in 2021 to 21 percent in 2025 and 24 percent in 2027 as major chipmakers like Taiwan Semiconductor Manufacturing Company (TSMC), Intel Corp., and Samsung building their factories in the country.

Counterpoint Research based its forecast on the US government's support for its CHIPS for America Act, where both local and foreign players will be pushed to follow production schedules.