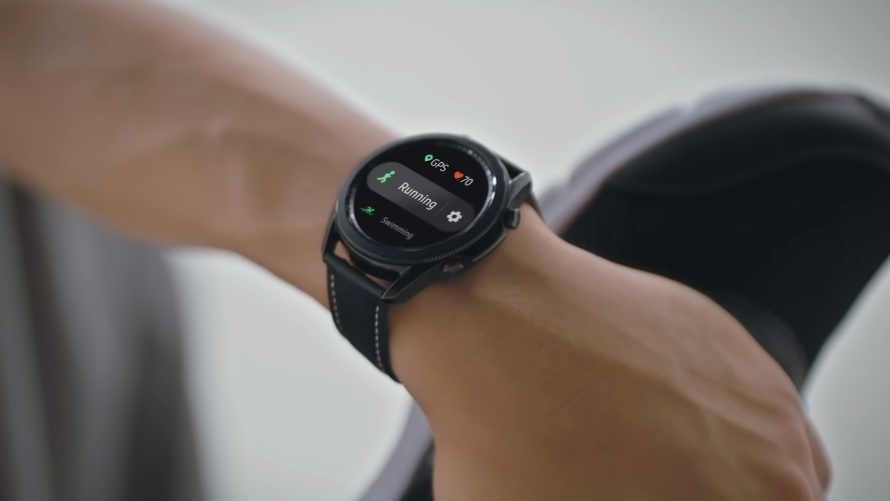 Samsung fans have seen the Galaxy Watch 4 models in plenty of leaks over the past month. However, a new report has revealed an early look at the wearable device’s live photos.

A couple of live photos were recently shared by 91mobiles giving fans another look at the upcoming Galaxy Watch 4 Classic. While the images, which reportedly came from a “trusted source” of the publication, are a little blurry, they show enough details to suggest that the previous renders leaked online were accurate.

The pictured Galaxy Watch 4 Classic units appear in two colors. One of them sports a black rounded bezel with black straps. The model with a silver watch bezel includes white straps. Both watches’ straps also show stitchwork on both sides, which corresponds with previous reports that the “Classic” model will sport leather straps.

Unlike the leaked renders, the devices in the live photos have their displays turned on. However, they only show the start-up screens, so fans will still have to wait to see how the merged platform of Tizen OS and Google Wear OS would look on the upcoming Galaxy Watch 4 series.

The Galaxy Watch 4 Classic is just one of the wearable devices Samsung is expected to launch this month. The South Korean tech giant is expected to refresh its smartwatch lineup with a sporty design, although it could be in a slightly changed name.

It has been widely reported that Samsung is retiring the “Active” name in the Galaxy Watch 4 series. The model with a sporty design is now expected to be called simply Galaxy Watch 4.

When and where will Samsung unveil the Galaxy Watch 4 series

The Galaxy Watch 4 devices are just some of the products Samsung is expected to announce later this month. The company has confirmed that its next Galaxy Unpacked event is happening on Wednesday, Aug. 11, with a live stream on Samsung.com.