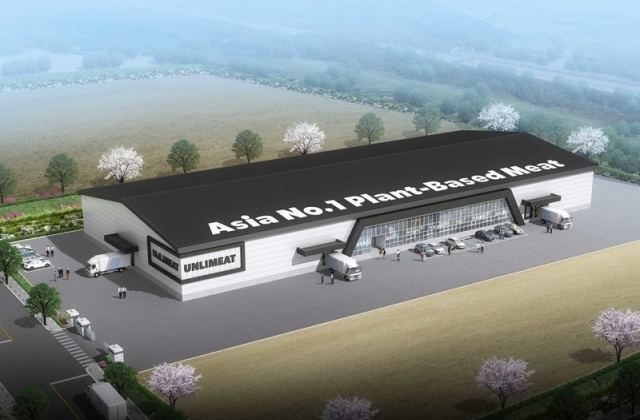 Zikooin, a South Korean company that owns Unlimeat, a local plant-based beef maker, is building one of the biggest factories for alternative meat in Asia. It was reported that the company revealed its plans last week after raising fresh funds amounting to ₩28 billion or around $23 million.

Zikooin will be using the money for the construction of the mega-building. According to Green Queen, the latest funding round that was able to raise additional millions was led by KDB Bank, and other major private equity firms have participated, including Crit Ventures, STIC Ventures, PremierPartners, and more.

The upcoming Ziooin plant for the company’s Unlimeat plant-based brand is said to be built in Jecheon City, located in North Chungcheong Province, South Korea. The land area measures 14,650 square meters, while the main building is 8,900 square meters. Once the plant is up, it is set to become one of the biggest plant-based meat manufacturing facilities in Asia.

The company is targeting mid-2022 for the launch and start of full operation in Unlimeat factory in Jecheon City. The plant is the third facility to be built in the city’s industrial complex.

At any rate, it was mentioned that aside from vegan beef, the plant is also expected to produce other plant-based products such as vegan meatballs, minced meat, vegan cheddar cheese, and meat patties. These food items will be made using grains, nuts, and oats as the main ingredients.

The project will surely boost the production of Unlimeat products, and this will, in turn, increase Zikooin’s capacity to export overseas. Currently, the company is supplying Unlimeat vegan items to the United States, Australia, China, Taiwan, Hong Kong, and Vietnam.

"We have carried out a large-scale infrastructure investment in preparation for increasing our production capacity,” Zikooin’s chief executive officer, Min Keum Chae, said in a press release. “The results will propel us to the leadership of the alternative meat sector and enable us to expand our export market share."

Finally, Vegconomist mentioned that Zikooin has also signed partnership deals with major fast-food chains, including Dominos Pizza and Subway in South Korea. It has also partnered with CU Korean mart chain to sell its vegetarian products. Overseas, it recently teamed up with 7-Eleven Hong Kong and debuted its vegan sandwich in its stores.