Reed Louis Jeune Discusses Traits Every Young Entrepreneur Should Have 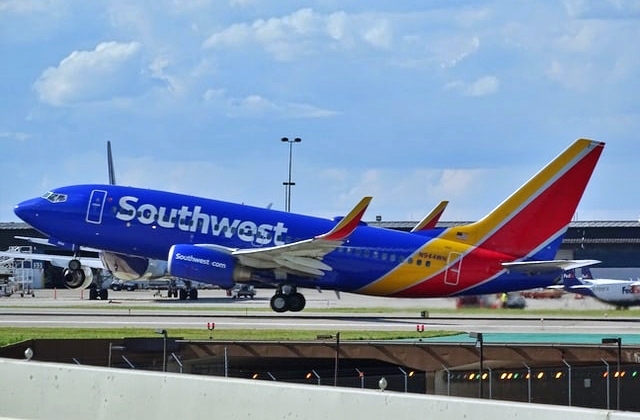 Southwest Airlines announced that it would be giving away referral bonuses to its employees who will refer applicants for the company’s job offers. The air carrier is implementing this bonus scheme to bolster its workforce and be able to accommodate demands in air travel as the business is fast picking up again.

To increase the number of job applicants who will respond to Southwest Airlines’ thousands of job vacancies, it is now asking help from its workers to refer candidates for different positions in the company. It was said that the airline really needs to hire a large number of employees now so it can support its expanding business.

Southwest Airlines is now encouraging its current staff to refer potential applicants, and they will be rewarded for doing so. The airline told FOX Business that the referral bonus will be offered later once the hiring for positions starts.

“Southwest is engaging our workforce by formalizing this referral process through our internal recognition program that allows employees who have opted-in to use earned points for additional travel privileges, gift cards, and merchandise," the airline said in a statement.

It was explained that employees could also receive 20,000 Southwest Airlines Gratitude Points or SWAG if the referred individual is offered a position in the company and completed six months in the job. The staff can redeem the points online once they are credited to the referral’s account.

It should be noted that the SWAG points will not be added to the paycheck as compensation but will come as a taxable income. Each point is said to have a value of around 1.5 cents and can be redeemed for gift cards, concert tickets, or flyer miles.

CNBC reported that Southwest Airlines launched the referral bonuses for its employees as it struggles to find and employ new workers that it badly needs right now.

“Southwest is experiencing a sharp decline in qualified applicants due to low labor force participation and competition for available talent,” Julie Weber, Southwest Airlines vice president and chief people officer wrote in a letter to staff on Tuesday.

Meanwhile, Southwest Airlines did not say how many new hires it is expecting to have after the reveal of the referral bonus scheme. What was mentioned is that it badly needs more pilots, flight attendants, and customer service agents. In any case, the referral bonus will run until Nov. 20.