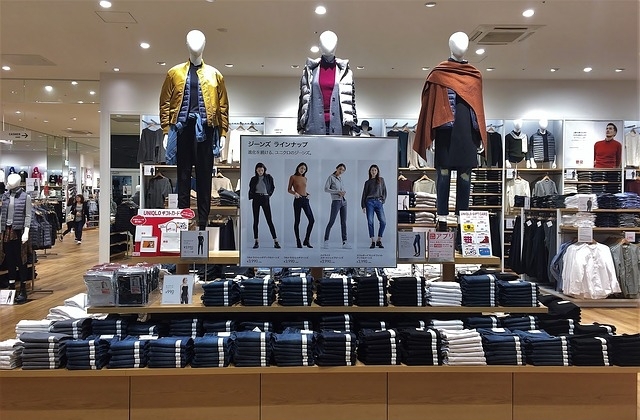 Uniqlo, the Japanese casual wear retailer, may have to implement a price increase for some of its products, and this was revealed by the brand's owner on Thursday, Jan. 13. The reason for this is the increased shipping and raw materials costs.

As per Reuters, Fast Retailing, Uniqlo's parent company, reported a close to six percent increase in quarterly operating profit, and this was due to the strong performance in the overseas markets outside of China. But many Japanese companies stated that they could no longer offset the rising costs by cutting back.

"We have reached a point where we have no choice but to raise the prices of some products," Takeshi Okazaki, executive vice president, and chief financial officer at Uniqlo, told reporters in Tokyo. He said that the weakening of the yen has been pushing the cost of raw materials and shipping up. It was revealed that the Japanese currency has hit its lowest in five years against the dollar.

At any rate, Business of Fashion reported that Fast Retailing, the owner of Uniqlo, has gained profits that were boosted by demand surge overseas while its sales in Japan fall. Its sales in China which is one of its biggest markets also dipped in the first quarter.

Experts said that this is a big reversal because Japan and China have always produced the biggest sales for Uniqlo. The countries are considered the leading profit growth drivers for the brand and now they are the ones with falling sales.

Uniqlo is operating in many parts of the world and this includes South Asia, Europe, and North America. Its international business report for the first quarter shows most of the profits came from these areas.

For this result, the pandemic was blamed for the dwindling results in China while it is the warm weather for Japan since the sales for Fall and Winter clothes have tremendously declined. Finally, as Uniqlo's sales did not turn out as usual, especially in Japan and China, it could no longer make up for the surging cost of shipping and materials; thus, the price increase may be inevitable.