Michelle Obama podcast release date: Ex-FLOTUS launches Spotify program to discuss ‘relationships that make us who we are’ 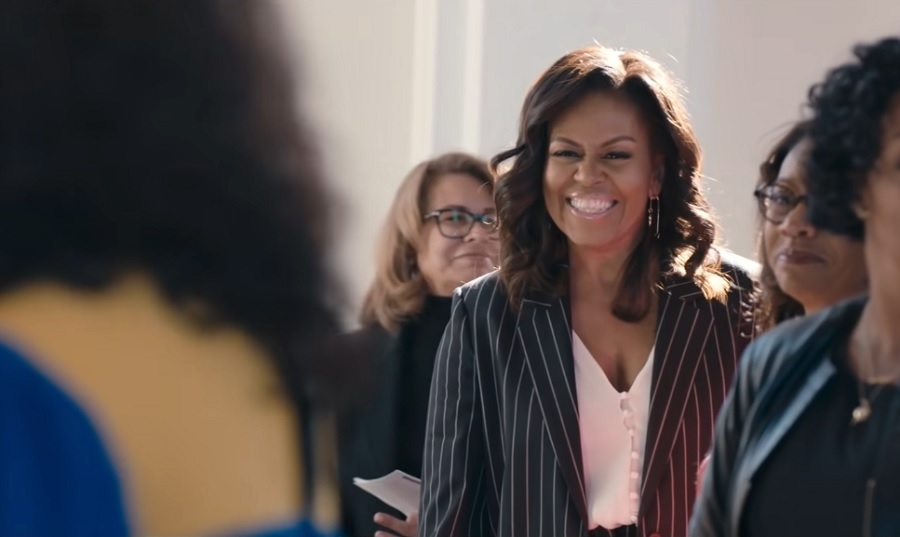 From the trailer of “Becoming” | Photo credit: Netflix / YouTube screenshot

Michelle Obama is taking on another popular form of mass media in the digital age -- podcasts. The former first lady has announced her Spotify-exclusive program starting later this month, where she will discuss “relationships that make us who we are,” among other topics.

When Obama left the White House, it became clear that she will remain a prominent public figure despite her consistently keeping her distance from pursuing a political career. While continuing her advocacies for education and increased voter participation, Obama has become a well-known media personality years after her first lady duties were over.

Now, Obama is conquering the podcast world with a program simply titled “The Michelle Obama Podcast.” In a brief teaser, Obama revealed that the first season would be composed of her conversations with the closest people to her, including her mother and brother, Marian and Craig Robinson. The Verge also reported that Conan O’Brien and Valerie Jarrett, who served as a senior adviser to President Barack Obama, will be in the podcast’s first season.

I’m thrilled to announce a new project: The #MichelleObamaPodcast with @Spotify! It’s been a tough year and I hope this podcast can help us explore what we’re going through and spark new conversations with our loved ones. I can't wait for you all to listen on July 29! pic.twitter.com/89zecZXnrr

Meanwhile, the former first lady obviously has some high-profile friends. It should also not be surprising if Barack Obama would later join the podcast, especially as Michelle Obama confirmed building relationships is one of the topics that will be discussed in the program. The Michelle Obama Podcast will be available exclusively on Spotify. The first episode goes up on Wednesday, July 29. People can use Spotify for free but expect ads to play from time to time.

Obama’s podcast is just one of her many media projects since leaving the White House. She has popularly written her best-selling memoir “Becoming,” which led to her winning a Grammy award and a documentary on Netflix. The latter, released in May, also featured rare interviews and appearances from her daughters Malia and Sasha.

On other news, Michelle Obama joined many others in paying tribute to the late Rep. John Lewis. The American civil rights icon passed away on July 17 after battling with pancreatic cancer. While many people chose to share anecdotes or popular quotes from Lewis, Obama went on quite a different direction by sharing a video of Lewis dancing to Pharrell Williams’ song “Happy.”

“I’m awed by the way that, in eight decades filled with such weight and consequence, he also managed to keep things simple and light. For him, the pursuit of lofty goals like justice and righteousness was about just doing what’s right,” Michelle Obama wrote on Instagram. “And even as he spent a lifetime marching, and sitting in, and getting arrested, his feet kept on dancing.”