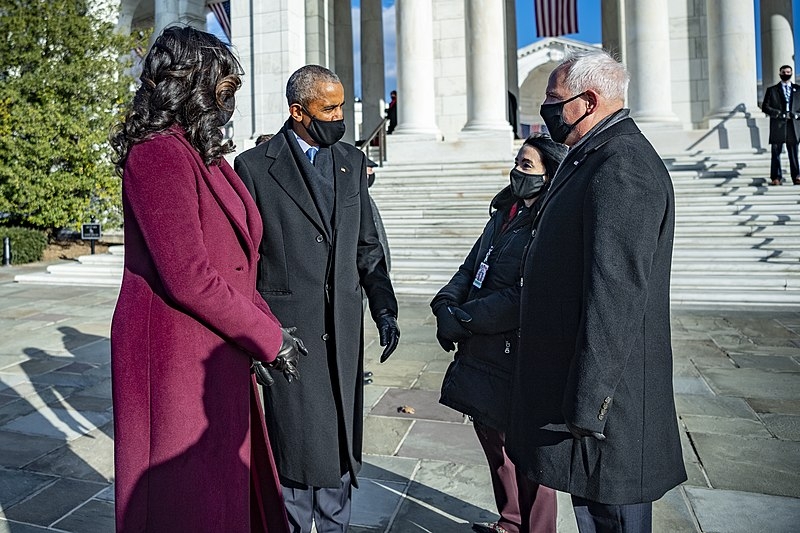 The recent shooting of Daunte Wright has increased calls for police reform, the latest incident of a law enforcement official shooting an unarmed Black man. Former president and first lady Barack and Michelle Obama have now called for police reform in their statement mourning Wright’s death.

The couple released a joint statement condemning the death of Wright, who was fatally shot by police officer Kim Potter in Minneapolis, Minnesota. Police reports revealed that Potter mistook her taser with her gun and opened fire. Coincidentally, Wright’s death comes as the trial of Derek Chauvin over the murder of George Floyd is currently taking place.

The Obamas extended their condolences to Wright’s family in the statement, urging for police reforms while directing readers to advocacy groups to find resources on trauma and mental health. Protests have since erupted in the area shortly after Wright’s death, but Wright’s family has urged that the protests should be peaceful.

“Our hearts are heavy with yet another shooting of a Black man, Daunte Wright, at the hands of the police,” the couple said in the statement. “The fact that this could happen even in the city of Minneapolis is going through the trial of Derek Chauvin and reliving the heart-wrenching murder of George Floyd indicates not just how important it is to conduct a full and transparent investigation, but also just how badly we need to reimagine policing and public safety in this country.”

In other news, the former president is set to appear with his former colleague and now-president Joe Biden in a tv special to promote COVID-19 vaccinations. The one-hour special, titled “Roll Up Your Sleeves,” will be airing on Sunday, April 18, on NBC and is part of their efforts to convince reluctant Americans to receive their vaccine.

The tv special also follows the news of a pause in the distribution of the Johnson & Johnson vaccine after it was reported that six women experienced blood clots that were of a “rare and severe” type. The Biden administration is looking to further combat vaccine hesitancy among Americans who have yet to get a jab. Biden will make remarks while the former president will be alongside NBA stars Charles Barkley and Shaquille O’Neal to promote the vaccines.